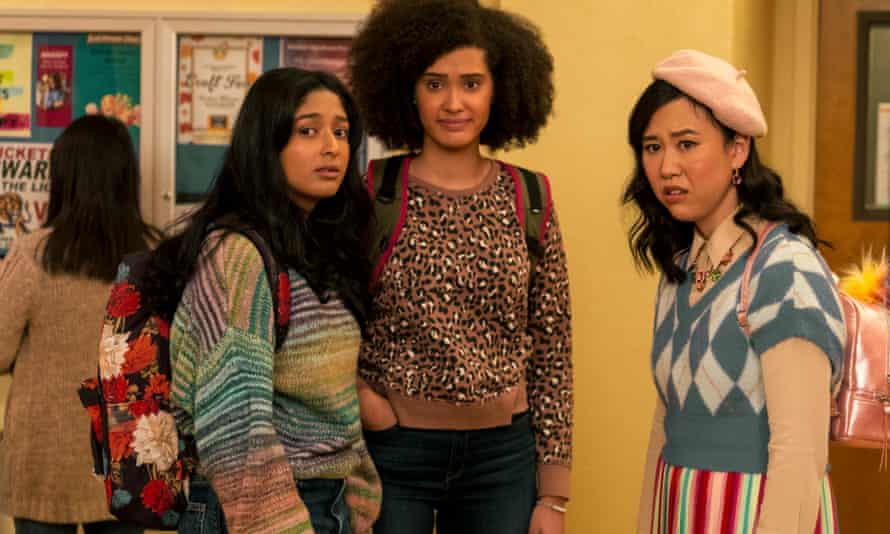 Review: Never Have I Ever

As Brooklyn Nine Nine is in the process of finishing up, and the show’s considerable audience considers what next to binge watch, they could do worse than Never Have I Ever. This Netflix series focuses on Devi Vishwakumar, a 15-year-old high school sophomore who wants to become more popular and socially successful. Beyond her geekiness, however, Devi also has the challenge of dealing with the grief of losing her father.

Throughout Never Have I Ever we see Devi and her friends deal with the pitfalls of dating, popularity, and high school politics. Devi is something of a social pariah and wants to overcome this by getting her first boyfriend. This is in spite of the wishes of her mother,  Dr. Nalini Vishwakumar, a dermatologist and widow who is dealing with the struggles of raising her daughter alone in Los Angeles.

Never Have I Ever should appeal to a broad range of people, and not only the more recent Y/generation Z audiences. From the show’s (occasionally duelling) narrators John Macenroe, Gigi Hadid, and Andy Samberg, to the shifting perspectives of the parents and the teenage characters, there is enough depth of story for everyone.

Probably the show’s deepest aspect is the way that it realistically deals with the subject of grief. Devi deals with the loss of her dad, an event so devastating that she is temporarily paralysed for three months.

Created and produced by comedienne Mindy Kaling (The Office), Never Have I Ever gives a great variety of roles to South Asian actors and writers.

The show is also strong when it comes to its exploration of parenthood and multiculturalism, which comes across as very honest and (mostly) devoid of cliches. Devi’s mother struggles with bringing her up in a traditional way, when she is surrounded by all sorts of other influences. The answers to these challenges is never clear cut, nor is the show particularly didactic when it comes to any one mode of parenting.

Never Have I Ever is refreshingly short on stereotypes in its portrayal of faith. Hindu, Muslim, and Christian families are all depicted, but in ways that so often go against the grain when it comes to how these groups are so often portrayed in TV and movies.

As a caveat, however, the show features a number of references to teenagers having sex outside of marriage. If this is something that offends you (which may or may not be the case) it may be worth skipping Never Have I Ever. While the show has other strong points, especially when it comes to the show’s messages about respect and grief, this aspect of the show will no doubt divide audiences.

On a lesser note, it should be noted that characters often use Jesus’ name as a curse phrase. Given Never Have I Ever’s emphasis on inclusion, this is a disappointing lack of consideration for what is sure to be a portion of the show’s audience.

With the first two seasons now complete, and a third season confirmed, now is a good time to get on board with this show.

Never Have I Ever is now streaming on Netflix.