Home
Reviews
Press Play
Can a Life Be Valued in Dollars?

Can a Life Be Valued in Dollars? 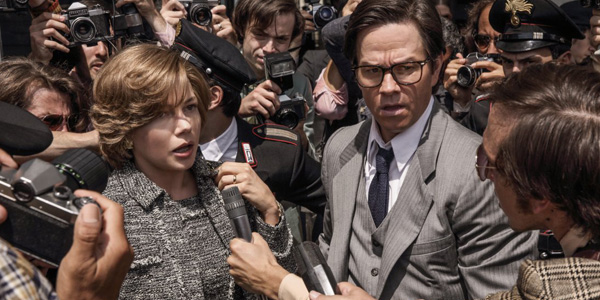 Review: All the Money in the World

The 1973 kidnapping of Paul Getty was a story that scandalised millions and later gave rise to a number of fictional adaptations. The latest of these is All the Money in the World, a film that has its own scandalous history, but manages to outshine it.

Paul Getty was the grandson of John Paul Getty, an oil tycoon and multibillionaire who was the world’s richest man at one point. During his kidnapping, Getty refused to pay his grandson’s kidnappers the ransom that they had demanded, arguing it would put his other grandchildren at risk. As a kidnap thriller that uses these events, All the Money in the World particularly focuses on the heroic efforts of Paul’s mother Abigail Harris to rescue him.

All the Money in the World manages to shine a bright light on the concept of legacy. Despite his seeming callous, John Paul Getty claims to love and value his family above all, as they represent his bloodline. The legacies of the likes of a number of great rulers are directly referenced. It is perhaps fitting, then, that the question of Kevin Spacey’s legacy should linger over the film. Spacey, who originally played J.P. Getty, was removed from the project after his alleged history of sexual harassment came to light.

In many ways, this lingering notoriety is unfair. It has to be said that the film’s quality is not adversely affected by the removal. Christopher Plummer works well as J. P. Getty and has been nominated for a Golden Globe as a result. It is Michelle Williams, however, who truly stands out for her portrayal of Abigail Harris. Mark Wahlburg rounds out the cast as a former CIA agent tasked with finding Paul and freeing him from his captors.

All the Money in the World is a tense film that manages to keep the audience in suspense until the credits roll. The ongoing negations with Paul’s kidnappers and the many threats he faces while captured are squirm-worthy. Perhaps the film’s major flaw then, comes from this willingness to show Paul’s torture, as there are several instances where this comes across as gratuitous.

Nonetheless, All the Money in the World’s performances and tight editing are stronger than this weakness and should ensure that the film is given its own fair consideration, independent of the circumstances surrounding its development.