Home
Reviews
Streaming Now
Bless its heart, this is the most surprisingly religious, non-religious show on Netflix

Bless its heart, this is the most surprisingly religious, non-religious show on Netflix 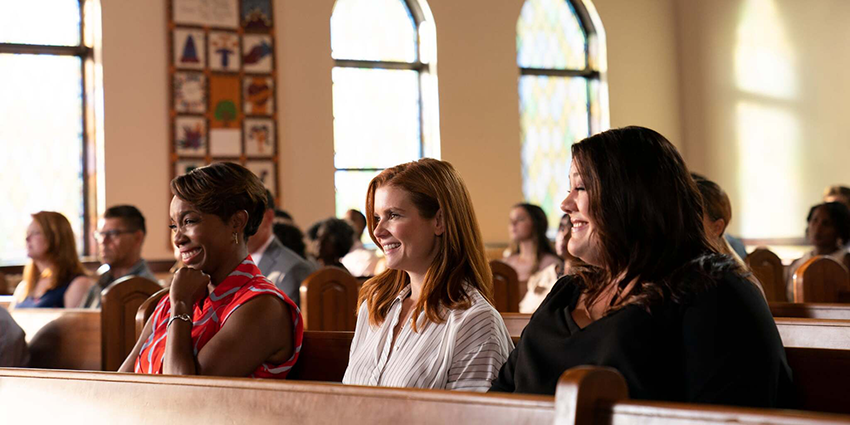 All of us by now are intimately aware of the Netflix top 10 function on the streaming platform. How else do you choose from the thousands of hours of content to choose you next favourite show. The trouble is the more you look the more its harder to find something to watch.

On 4 February, the second season of a TV show called Sweet Magnolias dropped on the streamer. It’s a 10 episode equivalent of comfort food. A family drama that revolves around three best friends in a fictitious town called Serenity.

The show itself is based on a series of books by Sheryl Woods and those who have breezed through Sweet Magnolias may have noticed that the women are seen out at church and occasionally discuss God together. These scenes have left some viewers wondering whether Sweet Magnolias is actually a Christian show.

With zingers like “I know I should do it 70 times seven, but I’m having a hard time forgiving this…” and at least two episodes in season two shot almost exclusively at the local Serenity church (of indeterminate Christian affiliation) with its Pastor June at the centre of the action. A small-town show in the same vein as Gilmore Girls, it’s most surprising aspect is the sheer amount of God-talk there is peppered through its’ narrative.

It stars JoAnna Garcia Swisher, Heather Headley and Brooke Elliot who are fast longtime friends, not averse to a bit of wine time with a margarita in the afternoon. Their romanticised lives revolve around their deep friendship, their faith and community life (which includes church-going of course).

Sweet Magnolias has three genres listed in its Netflix info section: “Romantic TV Drama,” “TV Shows Based on Books,” and “TV Dramas.” While there is no Christianity category on the platform per se, there is a “Faith & Spirituality” genre, where religious programming is placed. Sweet Magnolias is conspicuously missing under that category.

So what gives? Having breezily binged four episodes of season two and having watched season one the series really lays on the faith talk, at every opportunity. Its mentions of Christianity are generally peppered through most of the dialogue, leading one to believe that perhaps the books the show is based on are Christian.  Not so, as romance and mystery novel writer Sheryl Woods is the woman behind the Sweet Magnolias book series, which currently counts 12 titles, published between 2007 and 2014 and you won’t find the books in any Christian bookshop.

According to Distractify “Sheryl’s books focus on joy and the power of friendships. But they do not openly discuss religion and it is unknown whether or not the author is religious. The Christianity elements that were peppered into the show’s storyline were added in by the show’s creator, Sheryl J. Anderson.”

Anderson is a devout Christian and seasoned TV writer, who has also worked on other series like Charmed, Flash Gordon, and Ties That Bind. In October 2020, she was working as a visiting screenwriting professor at John Paul Catholic University. During an interview with the university, she discussed how important she feels it is to implement faith into her work: “I want people to find joy in using their talents… I was very fortunate, there were a lot of people of faith on the show,” she told John Paul Catholic University. “It was really important to me that everybody on the show have the opportunity to give back by using their talents, to His glory, and to support their fellow artists.”

So pour yourself a margarita and spend some time in Serenity, South Carolina. Bless your heart and check out the most Christian, but-definitely-not-listed-as-such show on Netflix.