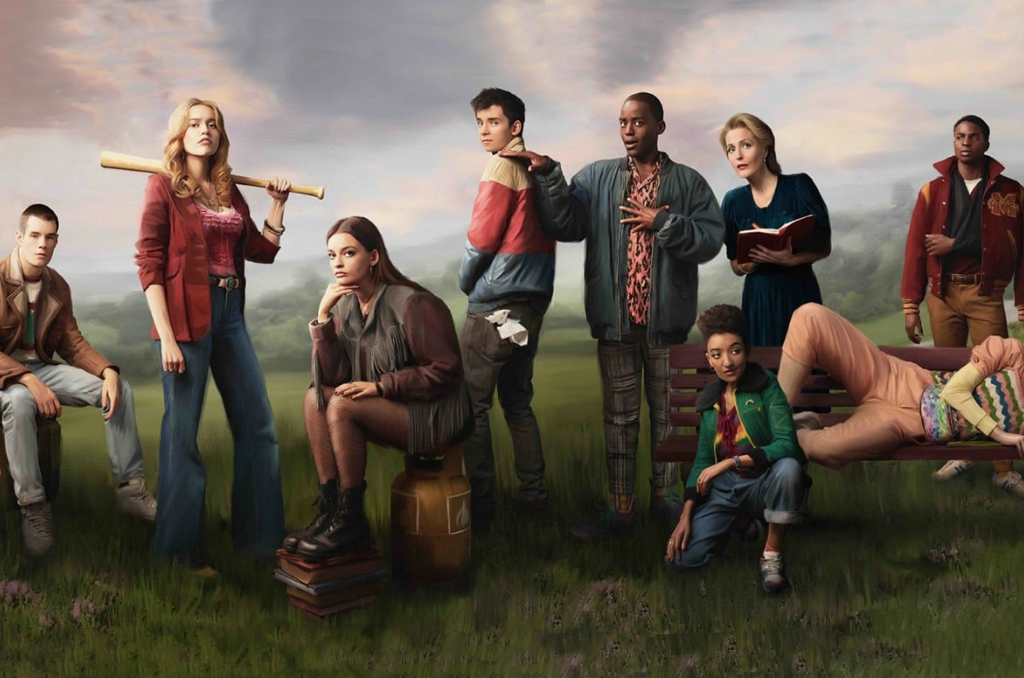 Underneath a whole lot of awkward humour and raunchiness, Sex Education is a series with heart, that explores relationships, community, and connectedness. So, for anyone who is unlikely to be offended by its explicit content and jokes, season two offers much for viewers to think about long after the episodes are over.

Season two picks up a few months removed from the prior season’s events, with characters having moved on. Protagonist Otis Mulburn starts the season in a new relationship with Ola. Maeve, Eric’s old crush who used to help him run an in-school sex therapy service, has dropped out and finds herself reluctantly reconnecting with her estranged mother. Eric finds himself pursuing a new relationship as well. Meanwhile, there is a panic at the school over a supposed outbreak which prompts Otis’ (frequently awkward) sexologist Mum Dr Jean Milburn to review into the school’s sex education curriculum. This intervention quickly morphs into her giving students advice, much to Otis’ dismay.

Surprisingly enough for a raunchy comedy like this one, Sex Education season two treats the subject of faith in a positive way, raising questions about what it’s like for Eric to be a gay migrant from a Christian background. Unfortunately, these questions (worthwhile as they are) are not dealt with in any real detail, nor does Eric particularly answer them. This may result from writers being unfamiliar with the subject matter, but it is an omission that will hopefully be rectified in the (now confirmed) third season.

As this review (and Insights’ prior look at season one) has indicated, Sex Education isn’t a series for everyone. Some of its content can’t be described here. And yet, for those willing to give it a chance, the series also has questions to pose for the church in how we consider our approach to sexuality. The storyline sexologist working in a school to openly discuss sex and answer student’s questions recalls discussions about what is appropriate for schools to address, an issue so often given to moral panics (see: Australia’s Safe Schools policy debate).