Home
Reviews
A Stranger In A Strange Land

A Stranger In A Strange Land 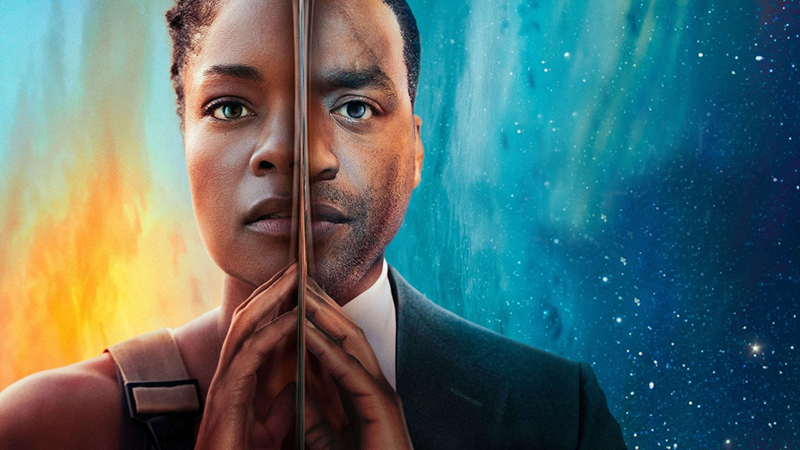 Review: The Man Who Fell To Earth

The Man Who Fell To Earth is a sequel that takes place the better part of four decades after the film starring David Bowie as Thomas Jerome Newton, an alien who was sent to Earth to try and build a ship to ferry water back to his home planet. He inevitably fails after being captured by government agents and left blind after the ordeal, remaining on Earth, an alcoholic and alone sending messages back home in the hopes that someone would finish his work.

A man appears out of nowhere in a small Texas town, completely unfamiliar with the space he’s found himself in and asking to speak to a retired physicist. With him comes the revelation his planet is dying, and Earth will face ecological collapse in the year 2030. The solution to both of their problems is to solvoe quantum (read: cold) fusion. The Man Who Fell To Earth has its work set out for it before the ship even gets to land.

The series is helmed by Alex Kurtzman, who worked on Fringe, Star Trek: Picard, and Alias (not to mention Xena: Warrior Princess), a showrunner who has a track record for thoughtful and clever science fiction. Naomie Harris stars as Justin Falls, the retired and disgraced physicist who is a single parent and carer for her dying father, paired with Chiwetel Ejiofor as the alien Faraday.

To say that the series is well cast is an understatement, as the relationship between Justin and Faraday is beautifully fragile with moments where Justin grapples with the reality of her life’s work now relying on the seemingly impossible standing before her, and Faraday’s exhaustion at having to deal with the needlessly complex and punitive systems humans have designed for themselves.

It isn’t long before the CIA is on the trail, trying to track down Faraday who they believe is linked to a now vanished Thomas Jerome Newton, who they are desperate to bring back in. This of course leads to an important question for anyone familiar with the movie: but, David Bowie died before this was made. This is true, and it was one thing I was particularly worried about, but this was solved by the casting of Bill Nighy (Love Actually, Underworld) who does an absolutely beautiful tribute to Bowie through his performance.

While there’s an element of predictability around the series, it still manages to press in all the right places, whether that be tension and anxiety, or the desperation and fear in different expressions, it’s hard not to be pulled along by the writing and performance.

Science Fiction and the Gospel?

Science fiction has a particularly unique way of being  able to translate the gospel, and messianic stories quite often go underneath the radar of people not wanting to be exposed to anything overtly religious. In the case of The Man Who Fell To Earth, we have Faraday who turns up as a stranger in a strange land with a message to redeem humanity from its progression toward oblivion. Does it end there? No, not really. It follows a death and resurrection theme with Faraday’s persona having to die so that he could become something more perfected in order for his message to be heard and appreciated by humanity; a transformation or transfiguration from servant to a tech messiah to serve both his peoples.

It’s not as black and white as other examples such as 1951’s The Day The Earth Stood Still, starring Michael Rennie as Klaatu who brings a warning of humanity’s progression toward nuclear annihilation or becoming an aggressive threat to other advances species in the galactic neighbourhood and the threat of extinction (the wages of sin are death) from the interstellar version of the UN (the robots, represented in the film as Gort).

Here the death and resurrection is played out in a more literal sense when Klaatu is shot and killed by a man, taken back to his spaceship (the tomb) and then brought back to life. There’s extra weight given to this interpretation through the name that Klaatu adopts in order to move among humans: Mr Carpenter, a reference to the profession of Jesus before He took up His ministry.

Other examples, people would argue, take place in movies like The Matrix where Keanu Reeves’ Neo is the saviour of both mankind and machines, but I feel like examples like these tend to fall over when the means to justify the end is violence met with violence in kind.

It’s hard (and dangerous) to characterise Jesus or Jesus analogues as being willing to dish out violence in order to bring about peace, something we see all too readily adopted by Christian Nationalists.

The Man Who Fell To Earth is a good reminder that love of any form is a thing that manifests without force.

1 thought on “A Stranger In A Strange Land”