Home
Features
A river runs through it

A river runs through it

The Lower Darling River sustains communities in the Murray Darling Basin in south western NSW, but water projects and demands upstream threaten its flow. This has caused disastrous impact on ecosystems, culture and livelihoods. In response to the struggles of the Basin communities, the Moderator (and Presbytery representatives) visited the area to offer pastoral support. Lisa Sampson, the Synod’s Media Manager, travelled with her and filed a four-part series.

The Lower Darling Basin is facing crisis. Demands on the river system have caused water shortages. Farming families are at breaking point. Across this vast area of rural New South Wales, the struggle to exist is a daily, unrelenting battle.

But for those of us not impacted by these water problems and huge irrigation issues which are largely human-made, how can we show concern or care?

At very least, our Church must respond, according to the Rev. Myung Hwa Park, Moderator of the Uniting Church in Australia, Synod of NSW and the ACT. Recognising the urgent need for a pastoral visit to communities in the Lower Darling, Rev. Park and members of local Presbyteries spent four days travelling 2000kms across the region. They heard first-hand concerns about the ongoing crisis.

“When one part is weak the whole body is weak,” says Rev. Park about the importance of extending the Church’s care and attention to people in the Murray Darling Basin. “That is the understanding of the first letter to the Corinthians. If one part suffers, every part suffers with it; if one part is honoured, every part rejoices with it. (1 Corinthians 12:26) The concerns raised about the water issue are not just general social issues of water but it is the environment — which is God’s creation.”

Rev. Park’s visit is the latest UCA mission trip since the Uniting Church NSW and ACT Synod, Murray Darling Basin Group was formed in 2014. The group was created In response to the struggles of life on the land in this region, and also to the draft Murray Darling Basin Plan (which sets limits on the quantities of water drawn).

The Murray Darling Basin Group consists of scientists, farmers, environmentalists, theologians, pastors and educators. It has been taking forward the Church’s aim to be a transforming presence in the troubled area, offering pastoral care and a prophetic voice for the reconciliation and renewal of Creation.

Since the group’s last visit to the Basin in 2015, the water situation has deteriorated. This spurred Rev. Park’s pastoral visit, and she was accompanied on her four-day journey by Paul Creek from the Riverina Presbytery, Louis Smalbil from Macquarie Darling Presbytery and Pastor David Shrimpton, from Broken Hill Flying Patrol.

Their epic round-trip began in the Riverina town of Coleambally, and spanned between Menindee Lakes and the junction of the Darling and Murray rivers, at the NSW town of Wentworth.

The Moderator with the Menindee Faith Community

Go, Find out, and Respond

“When there is something that is abnormal or an unnatural situation, then it is our concern,” states Rev. Park about the Synod’s heart for extending pastoral care and support to the communities of the Murray Darling Basin. “We see in Genesis that we have been called to be a faithful steward to God’s creation. So, when nature and God’s creation is damaged or something has happened, then as a faithful steward, we need to understand firstly what is going on and then to find ways in which to respond.”

“Because we who take the whole creation as God’s — but something has happened [to it] because of human intervention or human greed — it is our concern that we, as Christians, respond.”

PART 3: The river of the people

PART 4: Where to from here? 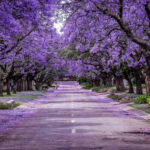 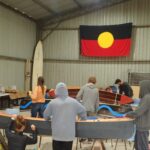 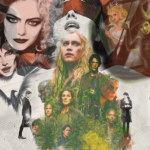 Where Are Our Heroes?