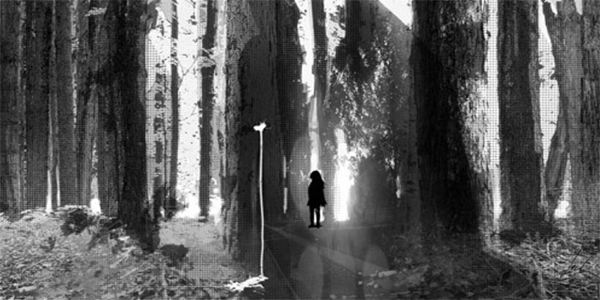 Moving away for a fresh start, Sailor Rook and her family find themselves unable to escape their demons.

The titular wytches are the monsters of the piece. Unlike the mystical witches of lore, they are not magical, but are powerful beings that consume people ‘pledged’ to them. The Rooks’ encounters with these creatures, who live in the woods outside their home, mirror the struggles in their lives that threaten to tear apart the family.

Wytches’ scariest parts, then, may in fact be the human problems that the heroes encounter. Sailor is well-realised as a young girl who lives with an anxiety disorder and draws on a variety of coping mechanisms. Her father, Charlie, is a recovering alcoholic and somewhat struggling writer. Her mother, a nurse bound to a wheelchair, harbours secrets of her own.

Wytches thereby sets itself apart by the way it tackles its characters and life with anxiety and addiction. Writer Scott Snyder delivers a story that is bereft of clichés. While none of Wytches’ characters profess a personal faith in Jesus, there is a noteworthy abundance of Christian themes to explore, including redemption and forgiveness.

Much like The Pride of Baghdad, Wytches is a story that propels the reader onward. Much like Brian K Vaughn’s classic, it can be read in one sitting and leaves a lasting impression. Writer Scott Snyder and Jock have worked together successfully on numerous projects (Detective Comics, All Star Batman). It’s a collaboration where Snyder has encouraged Jock to show off his best work.  Rounding out the creative team is colour artist Matt Hollingsworth, who gives Wytches its unique look. Hollingsworth’s work can be best appreciated after seeing images at the back of the volume that explain his process, and the choices that he makes.

Snyder is one of comics’ busiest writers nowadays. As such, it is forgivable that he has apparently not yet got around to releasing a more fulsome follow-up (the story was continued in Image’s IMAGE+ collection, but has not yet received its own standalone sequel). An apparently-cancelled movie adaption has furthered the tease. Wytches’ first volume is gripping, but more of this story needs to be told.