Why would God allow natural disasters? 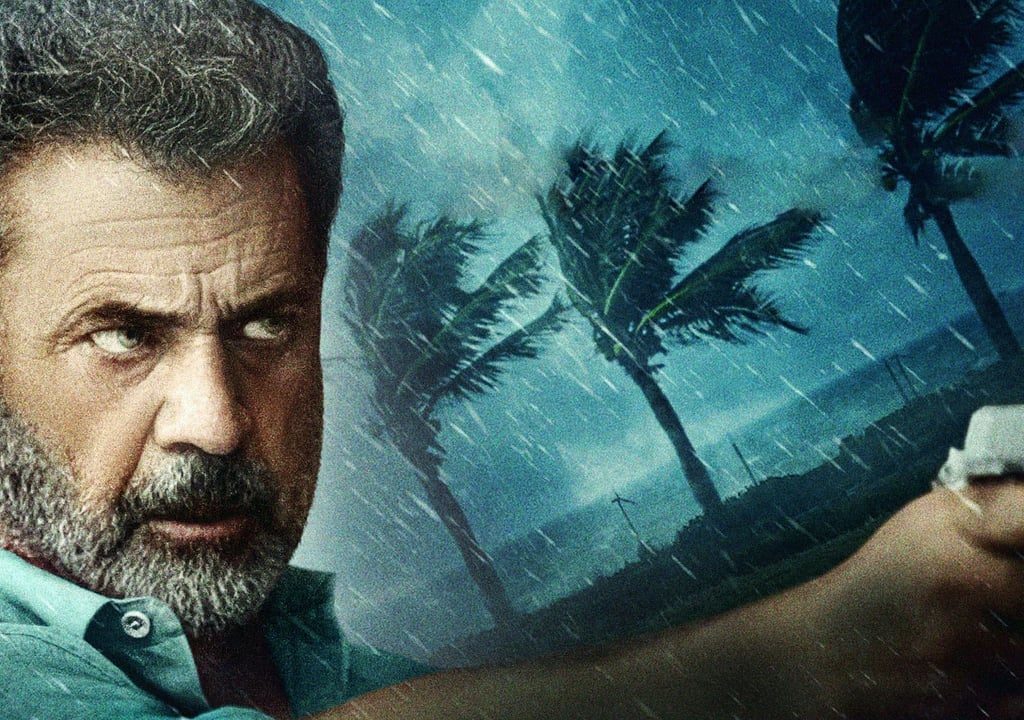 For all of the children of the 80s, there is a special place for actors that rose to fame during that decade. The role that Mel Gibson plays in Force of Nature was initially meant for Bruce Willis. These two actors both contain an ability to deliver comedic dialogue with flare and then turn around to fire a weapon convincingly. Their delivery and timing harken back to a different era of cinema, which can either complement or hinder a modern production.

This Puerto Rican outing has all of the elements of an old-style action movie with a hurricane, an art heist, a wild cat in a closet, a suspected Nazi and a defamed New York police officer. Reminiscent of the ridiculous screenplays of days gone by where the villain is singularly focused and contains no moral core. Then to have a flawed and reluctant central character, who must redeem himself by fighting an inexplicable battle with an army of henchmen with only his pistol, wits and the potential for a hookup with a hot doctor. Every aspect of this film has a nostalgic edge to it that seems promising, but proves that what may have worked four decades ago misses the mark in this era.

Emile Hirsh (Once Upon a Time… In Hollywood) plays the tarnished and disillusioned police officer Cardillo. The defamed officer who manages to find himself in a position working in a Puerto Rico police precinct. He is assigned the task of getting the last few individuals out of an apartment complex before a hurricane hits the island. The three residents who remain include the building’s owner who has a distantly German accent and a man who must feed his ‘cat’ regularly. Then the most challenging evacuee is a sick former police officer who is being cared for by his daughter, Troy (Kate Bosworth). The whole situation feels like a routine negotiation with some stubborn individuals until a gang of thieves arrives at the building. This band of criminals want to retrieve a hidden treasure from the apartment block’s owner, but things take a twist when the hurricane hits. Leaving the police officer stuck in the building with the thieves, few options and little hope for survival.

This could have been the storyline for any action film from the 80s or 90s, but what worked then does not play well today. One aspect that could have helped would have been to have Mel Gibson as more of a central figure in the film. Even though he gets top billing, the Academy Award-winning actor only plays a small supporting role in this film. Which is unfortunate, because he proves to be the best part of the whole story. As the crusty former police officer who refuses to leave his home, he seems to relish in every aspect of his role. The veteran actor manages to salvage every line that he is forced to deliver. Showing glimmers of his Lethal Weapon madness and the visceral edge of most of his dramatic films. In contrast, the remainder of the cast is left to wallow in poor dialogue and unbelievable scenarios. Bosworth and Hirsh even have a look as actors of disbelief in their eyes as they travel from one far-fetched sequence to the next.

What may have helped to lift this story from bad to good would have been to treat this like a farcical action-comedy. Even watching some of Gibson’s older films could have helped to understand this genre better and could have led to a decent film. Still, this concept seems to be beyond the reach of the majority of the cast. From villains to the hero, they are left to drown in this absurd and laughable plot line. One that may have worked in the past, but proves to be a fish out of water in 2020.

Get ready for a ‘hurricane’ of big ideas to come from this disaster of a movie.

One of the central characters in this film is a hurricane. A force that is destructive and proves that this world is broken. A reality that is not hard to embrace both in the news and in our lives. One thing that can be learned by engaging with the Bible on the topic of natural disasters is that nature has been cursed. A strange word in this modern era, but something worth considering as our world is struck with one devastating event after another.

Specifically, this blight on our world is due to the actions of mankind. These are not the words of a ranting environmentalist, but of one who has studied the history of the world and theology. Even though this world can provide beauty and majestic views, the reality is that under the surface, it is the victim of the original sin. (A vast topic for further conversation)

Despite this fact, we should not be under the misconception that God is absent or not involved with natural disasters. It would make things easier to explain if that was the case, but the Bible does show that he is still involved in these events around the world. Not to say that God causes them, but we need to acknowledge that he can prevent them, if that is his will. Yet, if they still occur that this is within his providential plan. Also, there is something to be learned from them. (Another massive concept to consider)

‘And there will be signs in sun and moon and stars, and on the earth distress of nations in perplexity because of the roaring of the sea and the waves’ Luke 21:25

The question has to be is why does God allow them to occur at all? This seems like a harsh way of getting people’s attention.

Some would say that natural disasters are a megaphone from God and we can learn something from their existence and impact. One of the key things to realise from these events would be the uncertainty of life. Time is short and eternity is long. God continually reminds us that despite the pains of the world that he has an answer. Natural disasters will occur, but God provides hope, comfort and salvation for those who are willing to believe in him through his son, Jesus.

‘I have said these things to you, that in me you may have peace. In the world you will have tribulation. But take heart; I have overcome the world.”’ John 16:33