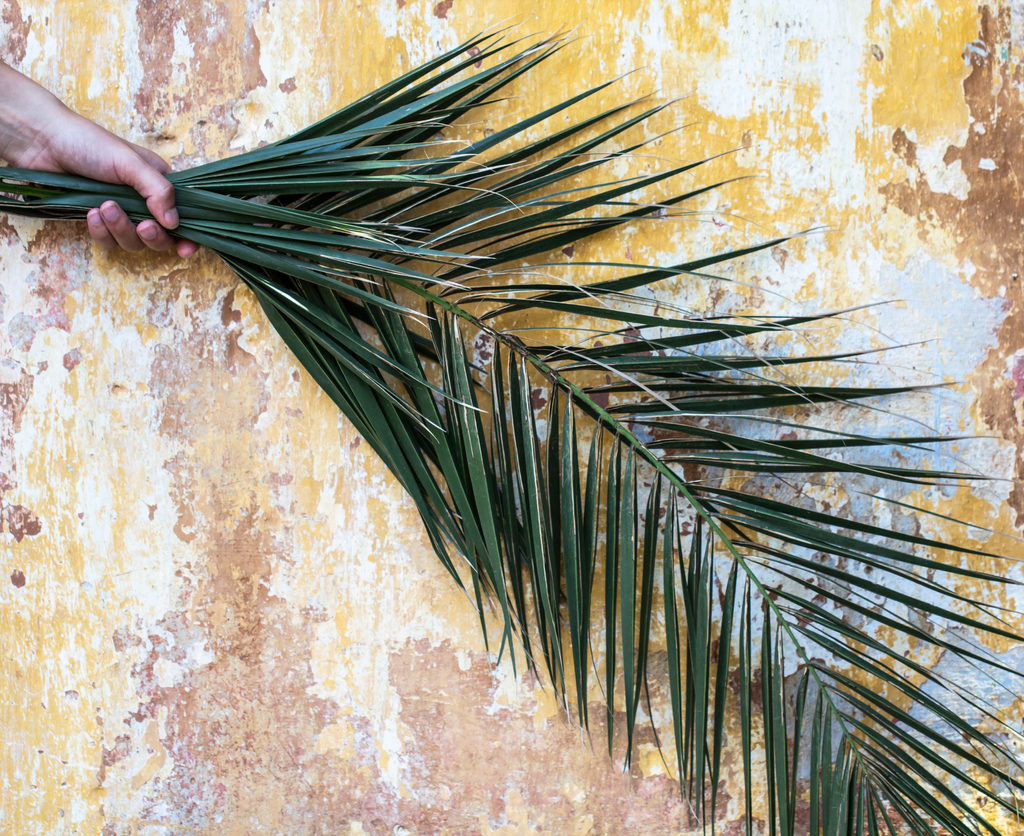 Palm Sunday is one of the most relevant dates on the Christian calendar. As Jesus rode into a bursting Jerusalem to celebrate the Passover festival, people were so moved they laid down palm branches and clothes in front to honour him. Back then, palm branches were symbols of triumph and victory, and created the atmosphere of a modern day ticker-tape parade.

Let’s imagine a scene where Pilate could have entered Jerusalem on a war horse form one gate, and Jesus entered from the other side on a donkey. He doesn’t travel with an armed entourage but with ordinary fishing folk. The Romans wish for nobody to notice Jesus entering. He is a nobody from nowhere. But palms reserved for Pilate were used for Jesus, whose donkey was an ancient symbol of peace – appropriate, since he proposed an alternative to injustice and oppression.

Faced by injustice, we have the choice to stand by or to stand up, and choose which parade to attend. One of our most pressing concerns today is how to treat refugees and people seeking asylum with the dignity and respect any person deserves.

Across Christmas, many churches contributed to the Uniting Give Hope Voucher Appeal. This directly helped many people seeking asylum – some of them medically transferred from Nauru and Manus, and all affected by destitution and hunger as a result of cuts in the government’s financial, casework and counselling support. The vouchers have been distributed by organisations such as the Jesuit Refugee Service, who have community spaces in Westmead and Parramatta where refugees and people seeking asylum are welcomed and supported.

Late last year, seven faith-led Catholic representatives from Australia visited asylum seekers and refugees living in Papua New Guinea. Carolina Gottardo, Director of Jesuit Refugee Service (JRS Australia), said she saw young men with their lives ahead of them — except that many of those lives have been taken away by unfair and unnecessary offshore detention policies that continue to haunt them after seven long years of institutionalised emotional torture. Some will be resettled to third countries but others remain in limbo, denied the safety and sanctuary they legally seek.

In the face of this, Gottardo met inspiring and deeply political men who see each other as brothers and who often care more for their fellow detainees than for themselves. Most of the men told the delegation how they should focus on the desperate situation that their brothers in Bomana Immigration Centre were facing. This was a striking demonstration of what it means to love your neighbour.

The men had been in Bomana, the $24m centre funded and built by the Australian Home Affairs Department, where they had no access to daylight, no pillows, no visitors, no legal advice. Many reported conditions amounting to physical and psychological torture, and the future for some of these men is deeply uncertain. They face constant pressure to sign papers agreeing to return to countries where they face death or serious harm.  They have very recently been moved to hotels, but some are so ill they can’t eat.

We’re entering a new decade, where current refugees from war and political oppression are likely to be joined by many more fleeing increasing climate-triggered disasters. Whatever justice we can establish for people seeking asylum today will help lay the foundations of a just climate transition – which must involve protecting the most disadvantaged and vulnerable populations within and across countries.

This is a time when Christians can march alongside thousands of all faiths or no faith – with the common purpose of compassion for others and passion for justice.

Where: Belmore Park- next to central station

Read Everything you need to know guide.