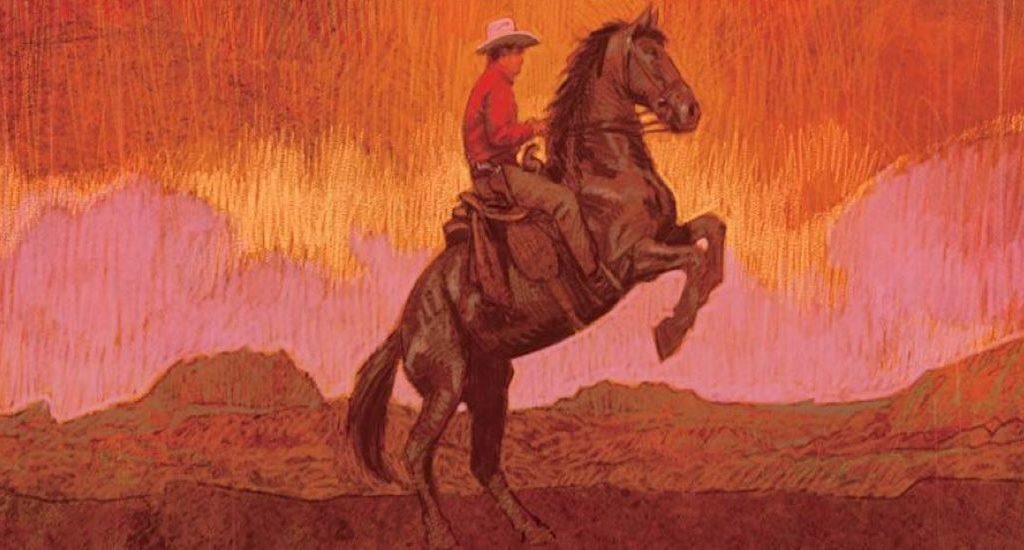 Ed Brubaker and Sean Phillips have long yielded success in generating noir-style crime stories that lean heavily into real-world events. While the duo may be best known for working together on the anthology comic series Criminal, their partnership has also been responsible for some great one-off graphic novels such as My Heroes Have Always Been Junkies. Pulp is the duo’s latest in this line, and a story that uses a disturbing but largely forgotten episode from history as its inspiration.

Taking place in 1939, Pulp tells the story of Max Winter, a somewhat washed up writer who sells his stories as comic books to diminishing returns. In the cut-throat emerging comic book industry, he can no longer command the kind of fee that he needs to keep his head above water. What his editor does not know is that Max largely writes exaggerated versions of his own real-life experiences from his prior life as an outlaw. With the need to make some money, quickly, Max considers returning to crime. A chance encounter with one of the Pinkerton agents that used to hunt him down puts him in contact with a much bigger job: robbing a group of American Nazis while a rally takes place a few blocks over at Madison Square Garden.

Much like Brubaker and Phillips’ prior works, Pulp stands out for having a great marriage between the artwork and prose, with the two working together seamlessly. The colour work is especially pleasing, with scenes that take Max’s real-life events and metaphorise them with a filter that makes them resemble an old pulp comic. Pulp’s story manages to draw nicely on themes like ageing and the way that someone’s lived experiences can be presented in different ways. Max’s painful memories undergo something that may be considered the development of legend, a process that some scholars argue took place in the biblical accounts of Jesus’ birth. While these readings of the biblical text are contentious, Pulp’s exploration of how events may be read different ways over time is a worthwhile one.

It is also worth reading this graphic novel in our present circumstances. While it may be tempting to dismiss it as an unlikely event fictionalised for a crime story, a Nazi rally indeed took place at the original Madison Square Garden in February 1939. With breathtaking shamelessness, 22,000 members of the German-American Bund turned out to the World’s Most Famous Arena for a gathering where speakers denounced international Jewry and the idea of war with Germany. The Bund would fall apart later after raids on its headquarters and revelations that its leaders were embezzling money. That Nazi sympathisers could so openly gather in the first place is an alarming warning however, especially in the light of recent reports of Neo-Nazi groups banned elsewhere now operating in Australia. Much like Dietrich Bonhoeffer in his own context, the church should always be prepared to stand against such extremism.

Pulp is available in comic book stores and online via Comixology.