Home
Reviews
When Little Lies Have A Big Impact

When Little Lies Have A Big Impact 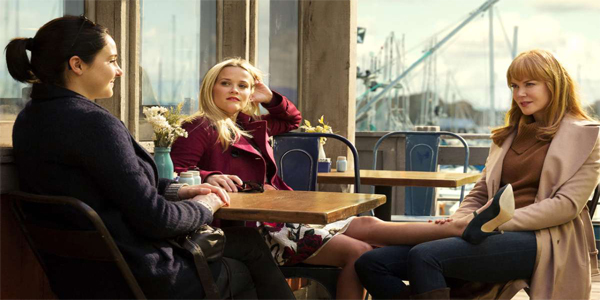 When a horrific accident takes place at a school event, a tight-knit wealthy beach side community begins to spill its secrets. That’s the main hook for Big Little Lies, an award-winning HBO miniseries with seven episodes.

Secrets, lies, and gossip lie at the heart of the setting, a wealthy community with an oppressive atmosphere hovering over everything that the residents do and say. The plot is an indication of the kinds of things human beings can do to each other when these factors run unchecked, and this is reflected in the gossiping ‘talking head’ police interviews that are interspersed into the plot. These also help tell the story, unfurling Big Little Lies’ central mystery about what has happened and who exactly was responsible.

Big Little Lies benefits from a script that is tightly written, revealing enough detail each episode to make viewing rewarding without giving too much of the final revelation away. Reinforcing this is an incredibly strong ensemble cast. This includes Nicole Kidman, who delivers an award-winning performance. Along the way, the audience is compelled to consider themes such as what it means to be a good neighbour, domestic violence, privacy, and secrecy.

Based on a novel written by Australian author Leanne Moriaty, Big Little Lies’ story  has much to offer on the subject of domestic violence.
A major plotline involves the abuse that the character Celeste (played by Kidman) experiences at the hands of her husband. This cuts across commonly held misnomers that domestic violence is confined to areas with lower socioeconomic status.

As Julia Baird writes, “in all of the hubbub about Kidman’s excellent, intricate performance, we should not lose sight of the fact that an Australian actor and executive producer (Kidman had both roles), and an Australian writer (Liane Moriarty was the author of the best-selling book, originally set in Sydney) are provoking a crucial discussion about what partner violence looks like.”

“We are, in short, exporting some of what we have learned from difficult conversations over the past few years in this country.”

This is all the more pertinent considering that Moriaty has said before that she based Big Little Lies’  portrayal of domestic violence on real life experiences.

These insights should remain especially pertinent for the church in light of disturbing new revelations regarding domestic violence committed by clergy.

While Big Little Lies succeeds in prompting such a necessary discussion, there are a few gripes worth highlighting. The story, which originally took place in Sydney’s Northern Beaches, was shifted to California. The shift in location smacks of American exceptionalism, an unnecessary move designed to parochially appeal to the US audience. The show also contains some sex scenes and violence that comes across as being a bit gratuitous, even in the context of a thriller like this. These relatively minor flaws aside, the show is excellent, which is reflected in the awards that it has won.

Big Little Lies is now streaming on Foxtel Now and is rated MA.