Home
Reviews
Read This
What is the foundation of reality?

What is the foundation of reality?

Review: The Reality Frame: Relativity and Our Place in the Universe

Review: What is Real? The Unfinished Quest for the Meaning of Quantum Physics

For some, religious faith is about absolutes, definitive answers to fundamental questions. But an alternative view is that faith is fundamentally about relationships, and the same can be said of science’s view of reality, at least according to science writer Brian Clegg in The Reality Frame.

Clegg argues that the concept of relativity, which overturned Newtonian physics and maths, is at the heart of understanding reality. In space everything is relative to everything else; there is no centre to the universe. Time is, as Einstein proved, relative – we can only speak of time in relation to space, not in absolute terms. So too, at the subatomic level, quantum physics since its founding has had to cope with the fact that subatomic particles seem to be in a particular state only relative to being observed (which spooked even Einstein and remains contentious). This uncertainty has implications for doing science. 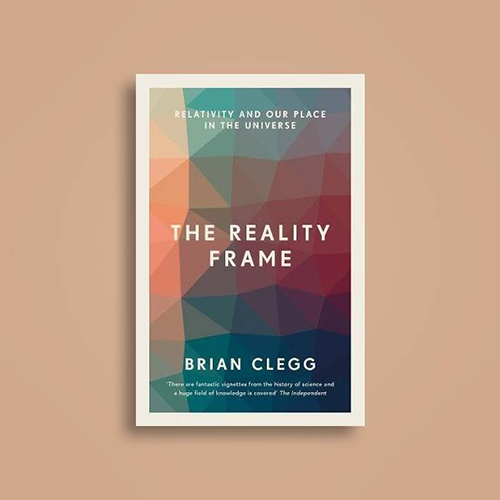 While Clegg’s book is about what science tells us about the structure of the universe, and relativity’s resilience as explanation, what is most interesting is his discussion of science’s limits. Unlike some who see science as an omniscient replacement for God-shaped explanations, Clegg is happy to talk about what science can’t tell us. He reminds us that science offers models for reality that are always inadequate and provisional. And there is much still to discover – the exact nature of gravity and time remain elusive. Dark matter’s existence is inferred, but eludes our grasp. Multiverse theory, for some a desperate attempt to fill that God-shaped explanatory hole, is at this stage unprovable, even if an infinite multiverse would explain some aspects of quantum physics.

There is certainly much that still needs to be explained in quantum physics, as Adam Becker shows in What is Real?. In the bizarre subatomic realm, we can’t get a handle on objects’ locations and movements in the same way we can in the world we operate in, where the car keys are either in one spot or the other. In quantum physics, we can talk only about the probabilities of what subatomic particles are up to.

Back when quantum physics was first being formulated, physicists led by Niels Bohr suggested that the act of measurement somehow pins down the particle; the relationship between observer and observed makes the reality, otherwise subatomic particles are simply in an indeterminate state. Bohr suggested that we can’t speculate on what, say, an electron is doing when we are not looking, because that is a meaningless question (akin to asking what God was doing before he created the universe). (Einstein scoffed at these notions.) The idea of a multiverse tackles the problem by suggesting that the probabilities of the quantum world are actualised in a (possibly infinite) series of universes containing all alternative histories, but it’s a theory that creates more problems of its own. 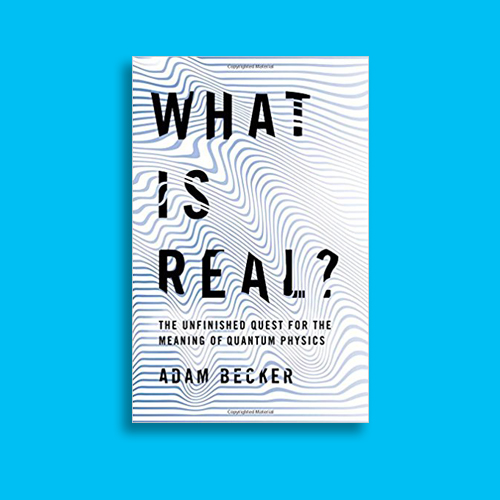 Even weirder, a further aspect of quantum physics is the problem of nonlocality produced by entanglement, which Einstein famously derided as ‘spooky action at a distance’. In some cases, previously linked particles influence each other instantaneously even when separated by large distances, seemingly in breach of Einstein’s special relativity. What is most puzzling about all this is how such weirdness underpins our seemingly stable everyday reality, and there are theories but as yet no definitive conclusions.

One can see from summaries of quantum physics how philosophical some of these issues are, beyond just complex maths and experiments. Yet, says, Becker, amongst quantum physicists, there has historically been a reluctance to ask the philosophical, rather than experimental or mathematical, questions. One reason is that quantum physics works as a model, even if we don’t exactly know why. Specialisation also plays a part, creating tunnel vision. (It’s a reason why many physicists think the vastness and complexity of the universe somehow disproves God.)

Science is, of course, done by people, as Becker’s history shows, and while the universe is there to discover, we only make sense of it through the relationship of our (limited) mental models to what we observe. The people who construct these models collaborate, but they also jealously guard the orthodox and ostracise mavericks who question the received wisdom. But Becker’s slice of scientific history shows how science needs mavericks, those who are alert for all that remains mysterious about our reality.

PrevPreviousChanging society one Iftar at a time …
NextWhat makes for a godly marriage?Next