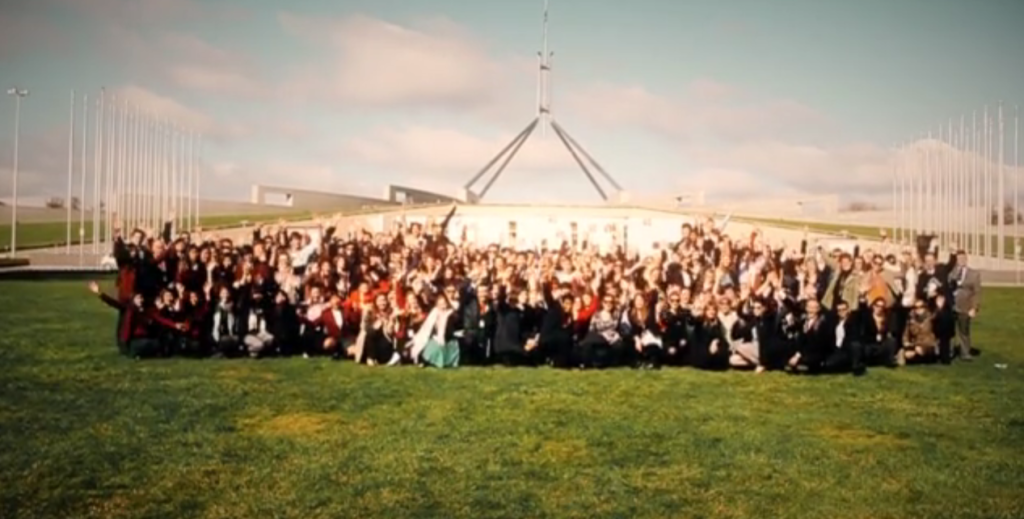 Hundreds of Christians from across Australia will gather in our nation’s capital this October 10-13 for four powerful days of training, prayer, worship and political advocacy at Micah Challenge’s Voices for Justice event.

Since 2006, Voices for Justice has been a significant gathering of Christians in Canberra designed to influence our nation’s leaders to act against global poverty and to equip Christians for becoming lifelong advocates for the poor.

This year’s worship and lobbying event marks the beginning of a new era of campaigning as Micah Challenge relaunches as ‘Micah’ – a renewed advocacy coalition of church and Christian organisations raising a united voice for global justice and world free from poverty.

“For the last 10 years, Micah Challenge, has helped Christians and churches live out the biblical mandate to act justly, love mercy and walk humbly with our God by empowering them to hold our government to account for its promises to achieve the Millennium Development Goals and halve global poverty by 2015,” said Ben Thurley, Micah Challenge’s National Coordinator.

According to Mr Thurley, the global picture relating to poverty and sustainable human development has changed dramatically over the past decade and it has never been a more important time for Christians to be intentional and strategic in campaigning for justice.

“Over the past year we have seen the largest ever cuts to the Federal aid budget, and this September a new set of global goals – the Sustainable Development Goals – which aim to end extreme poverty, tackle inequality, promote prosperity and well-being for all, protect the environment and combat climate change by 2030 will be agreed upon by world leaders,” said Mr Thurley.

“In response to this new campaigning context, and building on the strengths and successes of working together as a powerful coalition, we have been working with all member agencies and churches to renew our vision, develop new strategies and powerful campaigns and refresh the coalition’s public identity,” said Mr Thurley.

Providing the launching pad for the new Micah coalition, this year’s Voices for Justice will be more than powerful one-off conference and lobbying event, but will also equip Christians with new tools, strategies and networks for ongoing campaigning and connecting in their local churches and communities.

With an intentional focus on prayer as a means of advocacy, hundreds of Voices for Justice participants will join Christians and leaders from churches around Canberra and some attending politicians in a large nighttime prayer vigil on Parliament House lawns on October 12th.

Christian groups and churches from across Australia are invited to join the Canberra Christians in prayer by hosting a vigil in their local area on the same night.

For more about Voices for Justice, or hosting a prayer vigil in conjunction with the event, go to www.micahchallenge.org.au/voices-justice. The new Micah website will be launched in October.