Home
News
The wild synergy of the kingdom of God

The wild synergy of the kingdom of God 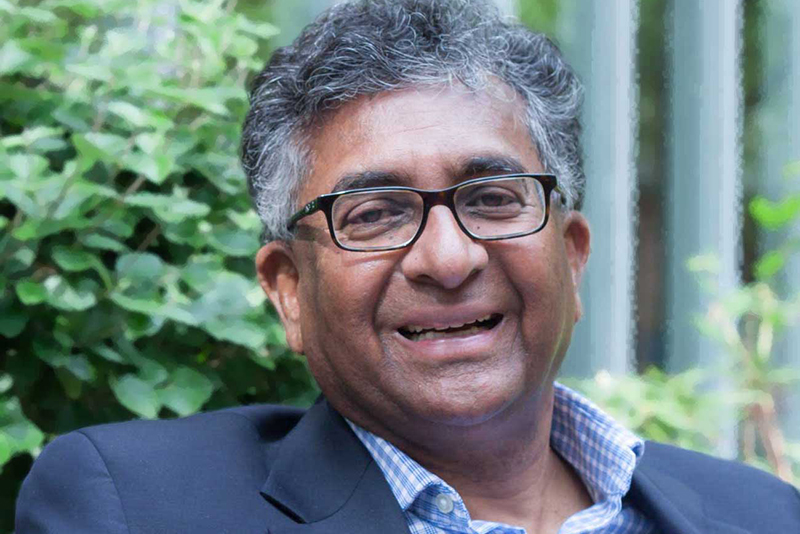 The wild synergy of the kingdom of God erases inherited boundaries and reimagines the ‘wide-ness’ of God’s saving work, Sathianathan “Sathi” Clarke, Bishop Sundo Kim Chair in World Christianity and Professor of Theology, Culture, and Mission at Wesley Theological Seminary in Washington, DC has told Synod 2021.

In the second of a three-part bible study, spread over the three stanzas of Synod 2021, Dr Clarke moved from the ‘wild space’ of the kingdom of God to the ‘wild synergy of God’ that interweaves a radically open human ‘kin-dom’.

He reminded Synod that these studies on the ‘wild God’ were not aimed to at examining ‘who’ the wild God is, nor was it aiming to examine ‘what the wild God can do for me in my wildness’. Instead it was focused on where the wild God is.

He focused on Matthew 15: 21-28 and Jesus’s encounter with a Canaanite woman with a demon possessed daughter.

Dr Clarke said this passage was a radical, outside-the-gates encounter with a feisty, outspoken outsider. Yet we ‘must celebrate the Canaanite woman’ as she sets Jesus free in the radicalness of his mission of salvation.

“She brokers a deal for all pagan outsiders, opening up God’s grace to everyone in the world. A sanctifying movement available widely as part of the wild God’s sanctification,” Dr Clarke said.

Second, staying with the image of wideness, Dr Clarke said the passage offers us a clue to understanding the “great faith” of the Canaanite woman (15: 28) in contrast with Peter’s “little faith.” (14: 31)

Dr Clarke said the Canaanite woman’s faith was not commended by Jesus for getting doctrine right, rather she “exhibits persistent and outrageous belief that advocates for the welfare of the other rather than requesting safety for herself”.

Peter’s little faith on the other hand (14:31) was not even able to hold onto the hand of Jesus to stop him from drowning, Dr Clarke said.

“Of course we need to be concerned about the welfare of our own church members – both in this life and the next – however, reaching out to God to save ourselves must be relegated to hand of little faith,” he said.

Instead, Dr Clarke said the Canaanite woman showed outstanding courage in encountering Jesus, but not to save herself but to plead for the welfare of her daughter who was tormented by a demon – healing for ‘the other’ for one who must be considered among ‘the least of these’.

Dr Clarke concluded that the church’s mission can’t be about the church alone but its concern for the life of people especially those who are considered the least of these.

Dr Clarke will deliver his third devotion, hopefully in person, to Synod 2021 in August.

As well as his role at Wesley Theological Seminary, Washington, D.C., Dr Clarke serves as Assisting Clergy at the Church of the Epiphany, Diocese of Washington, where he facilitated a bible study among homeless friends from 2010.

His vocation has been a unique blend of the joy of Church ministry, passion for working with communities of the poor and other religious faiths, and love of academic research and teaching. From the very beginning of his ministry, Clarke has worked passionately for justice for the poor and has travelled extensively to educate and encourage inter-religious dialogue.

He started his ministry in the Church of South India as a social worker and priest for the Diocese of Madras among oppressed Dalit communities in rural India. Clarke bridges the world between establishment and the marginalized, the global and the local, and academy and the congregation. For the last twenty years, he has taught and lectured on global Christianity, contextual theology, World Christianity, Christian mission, and interreligious dialogue in various countries in Africa, Asia, Australia, Europe, South and North America.

PrevPreviousGeneration Alpha: the future is not an inevitable destination
NextSynod votes to plant a new school and congregationNext