Home
Reviews
Read This
The inevitable effects of rust and moth

The inevitable effects of rust and moth 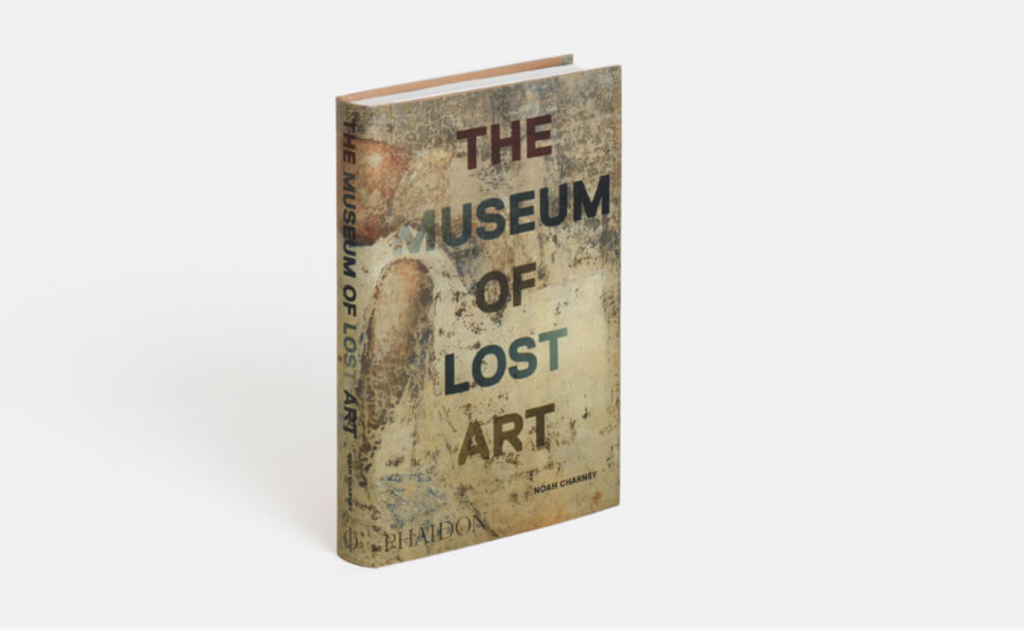 Review: The Museum of Lost Art by Noah Charney

Noah Charney has moved from writing about art that isn’t what it’s claimed to be to writing about art that simply isn’t. The author of The Art of Forgery’s latest book is The Museum of Lost Art, about art that was lost, is lost or is assumed to be lost but might never have existed. In doing so he’s carving out a niche for himself as a historian of the darker side of the art world, exploring fraud, decay and destruction. But this, he says, is the history of art in totality. Most art that has been created over millennia no longer exists. What remains is merely a sliver of human artistic output, saved against the odds from the inexorable ravages of time.

Charney ranges widely, and his definition of art is beyond the traditional painting and sculpture realms, including the Hanging Gardens of Babylon, which may or may not have existed (there are detailed descriptions, but little evidence on the ground, and if they did exist they may even have been at Nineveh rather than Babylon). He includes artworks that were lost but have been found again, as in the remarkable stories of a Leonardo da Vinci painting found again in 2005 after 400 years, and a previously stolen William de Kooning found in an estate sale in New Mexico in 2017 and worth a hundred million dollars.

Some of his stories relate to works covered in The Art of Forgery, and necessarily so, because lost/stolen art has sometimes been replaced by forgeries. If the forgery is successful, and goes undetected, the original can disappear and no-one except the thieves is any wiser. In the earlier book he describes the odd story of a panel from Jan van Eyck’s masterpiece The Adoration of the Mystic Lamb, which was stolen in 1934. (The entire altarpiece is the world’s most stolen ‘painting’, with a dozen incidents of parts or all of it being stolen and returned over the years, Napoleon and Hitler being the most prominent of its ‘thieves’.) A forger was commissioned to paint a replica of the missing panel, and the reproduction now sits in place of the original which is still missing. Or is it? One strange theory is that the forger, Jef van der Veken, stole the original (or came into possession of it), touched it up, and then returned it to the altarpiece, allegedly as his reproduction. Cryptic notes have since been found possibly implying that the original is still in the cathedral.

More mundanely, ‘lost’ art is sometimes discovered simply by the careful scrutiny and reattribution by art historians. Cleaning and X-rays reveal the whereabouts of formerly lost paintings under newer paintings. Walled up or whitewashed frescoes emerge after hundreds of years.

Charney tells of the art historian and contemporary of Michelangelo Giorgio Vasari’s collection of Michelangelo drawings, pasted into scrapbooks but now mostly lost. At the time masters such as Michelangelo used drawings like blueprints, says Charney, and didn’t see them as valuable artworks in their own right. Also because these master artists wanted to preserve the illusion of painting being the effortless work of geniuses, drawings were routinely destroyed. Charney wonders about the financial loss, but there is of course also cultural loss, as artists today benefit from studying the drawings of geniuses, just as Vasari did.

Fire, flood and earthquakes take their toll. Art is also destroyed by iconoclasts (and not just medieval Calvinists – ISIS has recently been responsible for the sickening destruction of millennia-old Middle Eastern art), owners destroy artwork (Winston Churchill destroyed a number of unflattering portraits of himself), paintings are painted over by artists, and artworks are deliberately created not to last. In our modern age of conservation, some artists are, conversely, interested in the challenge of creating art that remains only in memory.

But Charney also describes the great lengths to save artworks that were nearly lost. One of the world’s most famous paintings, Las Meninas by Velasquez, was rescued from a fire in a Spanish palace gallery that destroyed much other valuable artwork. Rescuers ran in and out of smoke and flames, throwing paintings out of windows. Charney notes how people risk life and limb to rescue art, such is the hold of human cultural objects on us, even though we are simply staving off the inevitable effects of rust and moth.