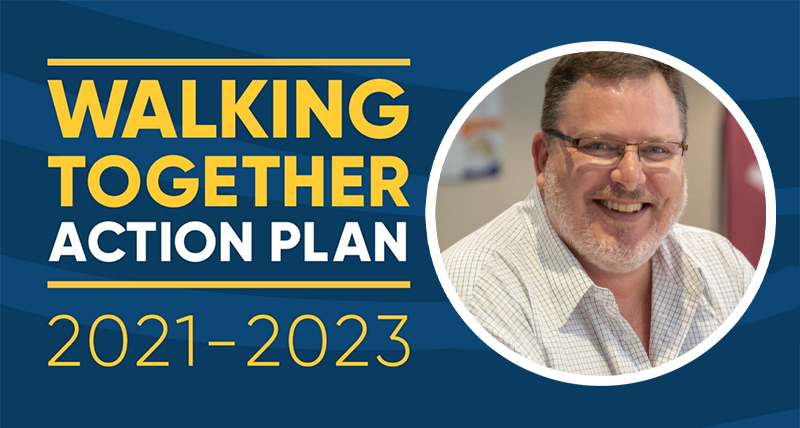 The Synod meeting has agreed to adopt the Walking Together Action Plan, which includes a series of goals and actions that can be taken to strengthen relationships with First Peoples.

Nathan Tyson spoke to the proposal, which calls for a number of actions to support first peoples.

The proposal’s action plan for 2021 to 2023 commits the Synod to a number of goals, the success of which can be measured by practical actions.

Among other measures, the NSW and ACT Synod now has a target of a minimum of three percent Aboriginal employees across the Synod staff cohort, which equates to approximately six positions.

All Synod staff, at least half of Presbytery staff, and at least 200 congregation members will complete online Aboriginal Cultural Capacity training within the next two years.

Synod staff meetings will now include an acknowledgement of country.

The action plan encourages Church Councils to allocate a minimum of three percent of all Proceeds of Sale into a fund to support UAICC Ministry and Mission activities, and/or to support other Church led mission activities that addressing disadvantage in NSW and the ACT.

Moderator Simon Hansford said that the consensus acceptance of the proposal was “very encouraging.”

In more recent decades the Uniting Church has made efforts to address past wrongs and provide positive support for First Peoples. The church support for the Uniting Aboriginal and Islander Christian Congress (UAICC) establishment in 1985, and the issuing of the Covenant Statement in 1994 are two  examples.

The full Walking Together Action Plan proposal is available online.