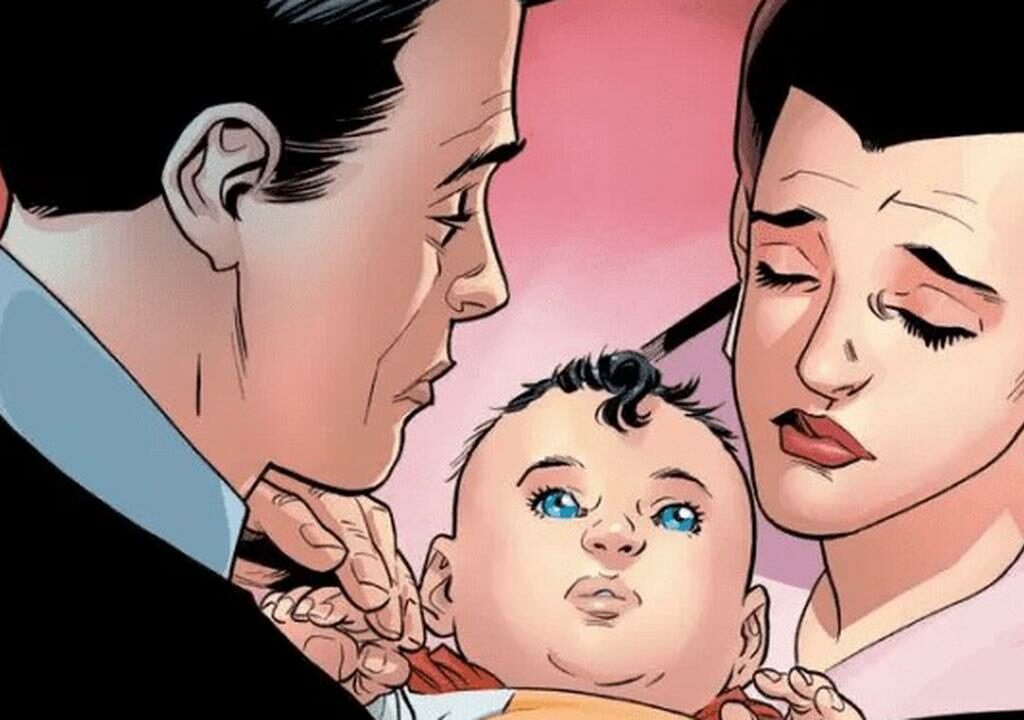 With Christmas upon us soon, and superhero hype in overdrive due to Spider-Man: No Way Home, it seems like the ideal time for Second Coming: Only Begotten Son to release as a single volume.

The follow-up to Mark Russell and Richard Pace’s first Second Coming mini-series, Only Begotten Son sees Superman analogue Sunstar struggling with his role as a new father, while Jesus tries to navigate his way in the modern world after the events of the comic’s first volume.

As was the case with Second Coming’s first volume, Russell’s one-liners are one of the book’s highlights, so often containing deeper truths. This is not to say that the book’s writing is in any other way lax, however. Russell remains committed to freshening things up, and the book takes worthwhile tangents. For example, the first chapter’s focus on Sunstar’s doomed home planet delivers worthwhile humour and backstory.

Throughout Only Begotten Son, Russell continues to make incisive criticism of contemporary society, including megachurches and Christianity’s drift from its roots.

Richard Pace continues to impress with his ability to switch artistic styles between the branching stories. For the parts more focused on Jesus’ story, Pace’s style becomes more sketchy, where the Sunstar parts have a clean, classic superhero look to them. The story lends itself to a wide variety of settings, and we see Sunstar’s Krypton-like homeland, a Jesus themed fun park, and Jerusalem during the crusades, among many other places.

As with all collected editions, readers will need to determine whether they prefer getting their comics as individual issues, or in one bulk collection. While the trade paperback collects all six issues into one convenient book, this edition does not include the letters to the editor or the additional material that AHOY Comics put into their issues, such as the short prose stories. That there is a viable choice at all says a good deal about the publisher’s commitment to putting as much as they can into every issue.

Second Coming: Only Begotten Son collects all six issues of the comic series. It is available now in comic book stores and online via Comixology.