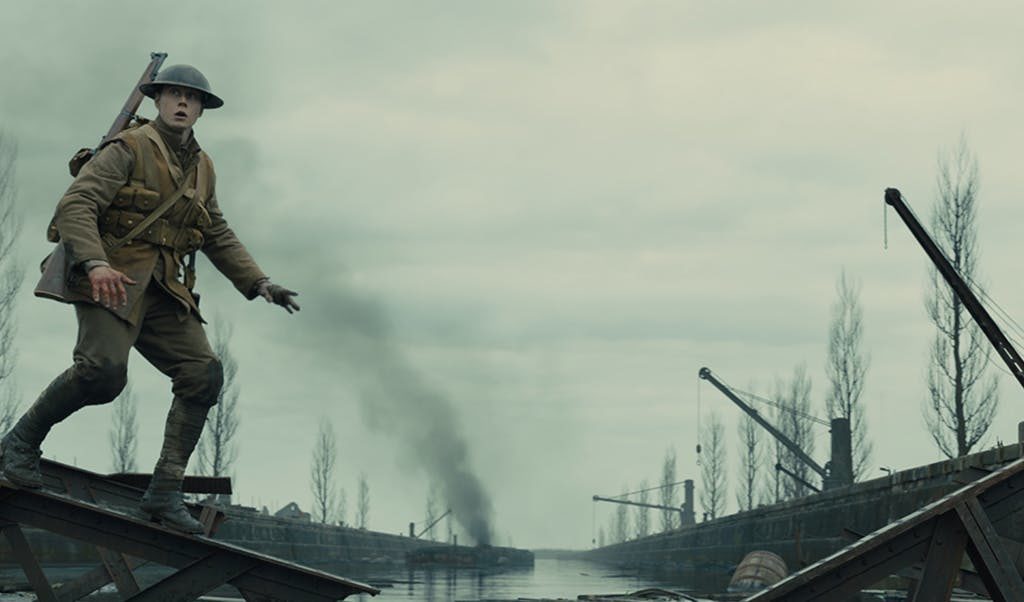 After winning a Golden Globe for Best Drama Motion Picture, 1917 stands out as one of the best war films ever made.

The film centres on two British soldiers charged with getting an important message across enemy lines. A  planned British attack on German soldiers looks set for disaster, with telecommunication lines cut and what looks like a planned ambush set up. In order to save countless lines, the soldiers must brave barbed wire, enemy fire, and the harsh landscape of war, twisted as it now is with the mutilated bodies of dead soldiers.

The journey is, in a word, harrowing, with the soldiers facing scenario after scenario where all hope seems well and truly lost. The battles and sequences are some of the most tensely imaginative scenes ever captured on screen, and by the film’s end, the characters have been through every trial imaginable. Perhaps the film’s biggest contribution, then, is the way that it displays its heroes. The soldiers are not world-beating superhumans, and much of what they do does not make then look particularly good. Instead, 1917’s heroes are people made to do things that they should never have had to do while witnessing brutality that no human beings should have to witness. The film should thereby serve to prompt discussions about what real heroism looks like.

1917 is one of the best designed war films ever. Its images of the battlefront carries a paradoxical beauty, combining breathtaking French scenery with unimaginable horror. More than once, we see the soldiers press on through areas where the bodies of those left there to rot are as much a part of the scenery as the cliffs and the trees. The film’s action sequences are well realised, never once glorifying war.

1917 is, to be sure, a violent and seemingly hopeless look at the futility of war. And yet, for all of the random, capricious, and senseless death there is a glimmer of hope to this film.

While 1917 is mostly fictional, this is a personal story for director Sam Mendes (Skyfall). His grandfather, Alfred Mendes, served in the First World War and was at one point responsible for carrying an important message through dangerous conditions.

In an interview with Variety, Mendes touched upon this aspect of the film’s story.

“It’s the story of a messenger who has a message to carry. And that’s all I can say. It lodged with me as a child, this story or this fragment, and obviously, I’ve enlarged it and changed it significantly. But it has that at its core.”

There may be a lesson for the church here. People’s stories have power and remain memorable, long after they have left our company.