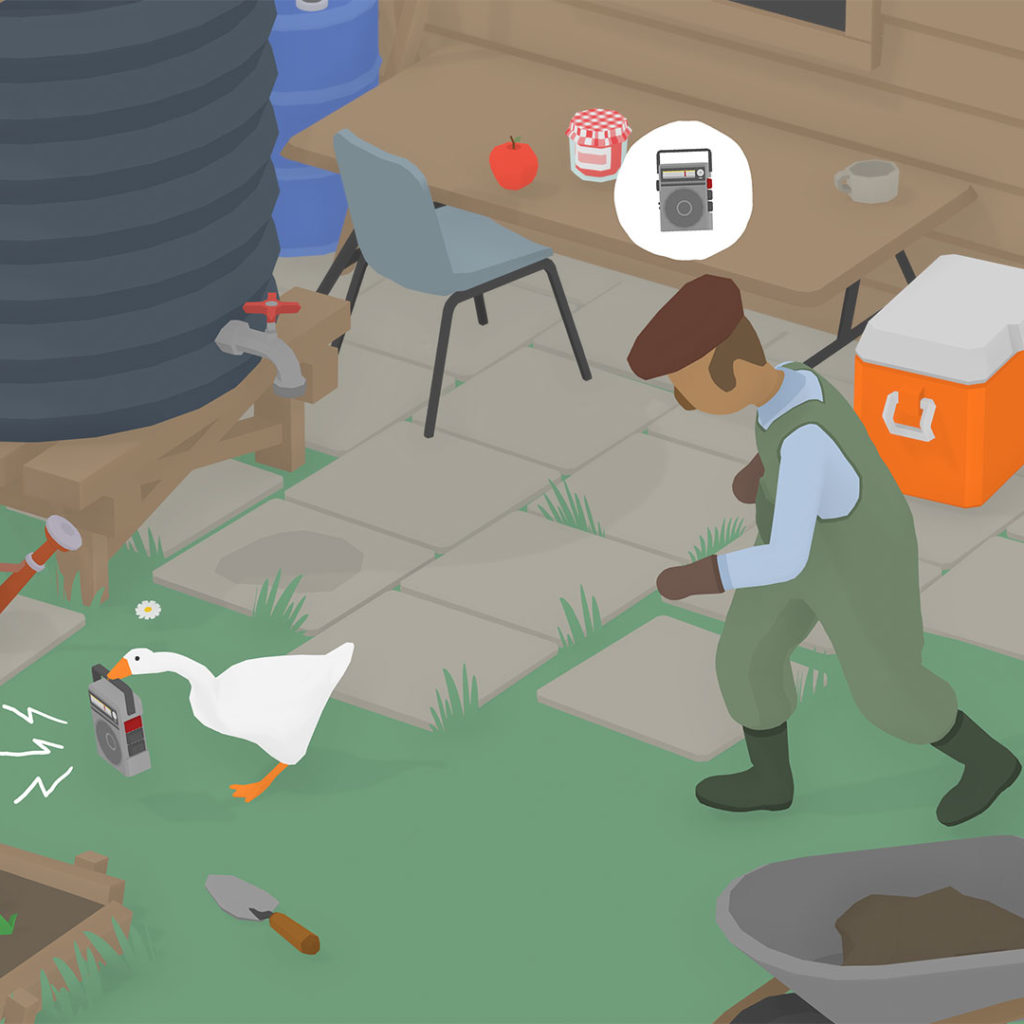 In an era where, much like in film, many big videogame releases are remakes or sequels, seeing something based on a simple, fun concept is an all-too-rare joy. Such is the case with Untitled Goose Game, a sandbox/stealth game that sees players take control of a mischievous goose and tear things up in a quaint village.

If that sentence makes you laugh or smile, the Australian-made title Untitled Goose Game will appeal to you.

What really makes the title stand out is the anecdote generation that it inspires. While there are several objectives that need to be completed in order to advance through the game world, there are plenty of situations where players can experiment with in game events and objects to create more mayhem.

Graphically, Untitled Goose Game uses somewhat basic visuals, but has its own quirky art style. Everything looks clean and the animations are smooth and hilarious. The sheer simplicity in the visuals and the gameplay serves to reinforce that this is a game about pure fun, which is part of why it has been such a hit in sales and memes.

The sound complements this, with in-game music that changes as the action progresses, building up tension (and humour).

Complaints are few, but it should be noted that Untitled Goose Game is brief. It can be completed comfortably at around the two-hour mark. This may not be a big complaint for many players, but it feels like more could be done with the concept. There are also a few rare instances where the camera can be obscured by objects in the in-game world, which makes it harder to complete the given tasks. These are relatively minor complaints for what is a joy to play overall.

Untitled Goose Game was something of a surprise hit, at one point eclipsing The Legend of Zelda: Link’s Awakening in Nintendo’s e-store. It has also gone on to do good, with developers House House perpetually donating one percent of all future profits to the ‘Pay The Rent’ initiative, which supports indigenous charities. The evil goose can be redeemed, it seems…