Home
Reviews
Read This
Our stories and climate change 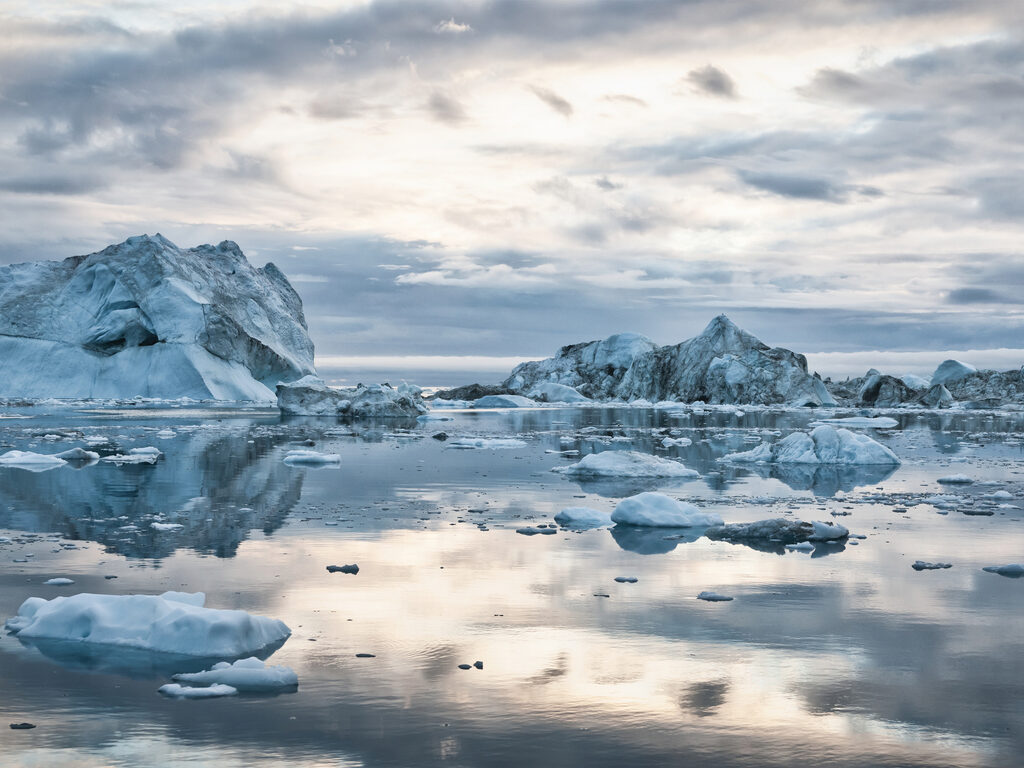 In his book On Time and Water Andri Magnason argues that we need more than an awareness of facts in order to combat the environmental challenges we face. We need to feel an emotional response. It’s not surprising that we feel the weight of potential loss more when we have a personal connection to a slice of nature, such as local bushland or a favourite beach. Jemma Wadham describes in Ice Rivers not just why glaciers are so interesting, and necessary for the world as we know it, but also how she feels an emotional connection to them – especially when she says she is not naturally a cold weather person – to the point of crying into the scratchy, icy face of a glacier she knows is disappearing. If you’ve been to a glacier, you know what kind of presence they are – mysterious giants between rock and water, with constrained, slow power.

The story of brain surgery to remove a cyst on Wadham’s brain bookends the narrative of her icy travels. As she travels, she experiences dizziness and headaches. Why doesn’t she see a doctor? She is not sure. Maybe she has a fear of being like her mother, who is undergoing her own health problems. Maybe Wadham is just a workaholic. Why do we ignore such warnings? It’s not surprising that she uses her health experience as a metaphor for the fate of glaciers and the planet, for the symptoms of glacier retreat we ignore.

Her passion for glaciers takes her to the European Alps and Scandinavia, and to Antarctica, Greenland, Patagonia and the Himalayas (often described as the ‘third pole’). Her book is full of glacier facts, reinforcing not just their status as objects of curiosity, but also their importance for the land. Glaciers act like bulldozers and rock crushers. The ‘glacial flour’ that is pushed out the end of glaciers and runs into rivers is full of minerals, essential for the richness of riverside farmland.

She writes about the cycle of global glacial periods. We are in an interglacial period, which means milder weather. In the Ice Ages, glaciers a kilometre high dominated Europe and North America, sculpting the landscapes. Glaciers come and go but their current retreat is not natural and is worrying. Glaciers are an important source of constant water for those downstream. Glacier retreat makes for a more intermittent and unreliable flow. Already countries are moving to shore up water supplies for themselves at the expense of others.

Despite their life-giving nature, glaciers themselves were previously thought to be lifeless. But Wadham’s research has revealed microbes in a glacier’s under-ice rivers, and in potholes in the surface of Antarctica. Under the ice in Antarctica there are more microbes creating methane. With Antarctic melting may come massive methane releases, further speeding warming.

If glaciers retreat, where does the water go? Well, it raises sea levels, of course. Patrick Nunn writes about religion and mythology and climate change. He notes, similarly, that sea levels have fluctuated with the glacial cycles, but that doesn’t make the current predicament any less serious, and he suggests we can look to past fluctuations and evidence of submerged lands as warnings.

As with his previous book The Edge of Memory, his new book shows how mythology can tell us more than just something about Indigenous people’s creativity. Myths hold memories of climatic and geological events such as inundations. At the end of the last Ice Age, 10,000 years ago, Australian Indigenous people witnessed the country where the Barrier Reef is now being flooded and held on to the memory through stories. A story about a giant kangaroo holds clues to the flooding of Spencer Gulf in South Australia, while in the Gulf of Carpentaria, stories from 7000 years ago speak to when the area was finally cut off from Papua New Guinea.

Stories from around the planet, passed down orally, hold similar clues to a myriad of lost cities and lands. However, Nunn writes, you can strike Atlantis off the list. Plato made it up. But the persistence of the legend might speak to our anxiety about the geological instability of civilizations. Stories of submerged towns where bells can still be heard tolling, seemingly similarly fantastical, through their striking and haunting imagery, may recall sudden, disturbing inundations. Recent archaeology has rediscovered many of these places, such as Herakleion in Egypt’s Nile delta. While some believers take the biblical story of the Flood at face value, and detractors dismiss it as myth, the truth may be in the middle. The Flood story may point to a remembered, particularly catastrophic event, even if other elements of the story may have a more theological than literal meaning.

Nunn roams widely, describing various catastrophes, many caused not by slow sea level rise but by volcanic activity. Landslides on land or sea can cause tsunamis. In the South Pacific, volcanic islands, which often sit in geologically unstable areas, are liable to shift. Calderas collapse, reefs tilt, island flanks disintegrate into the depths. All this points to something – the land, usually assumed to be stable and unchangeable – as decidedly not so.

In the South Pacific there is a challenge in getting Christian inhabitants to take sea level rise seriously, due to an interpretation of the biblical Flood story and the promise to Noah that God would not destroy the world through flood again. While the world may not be destroyed entirely (there isn’t enough water held in the ice to completely submerge the land), the evidence of the past suggests that an awareness of the instability of the landscape, and attention to the signs, is wise.

PrevPreviousDoing Theology on Stolen Land
NextWhat does it mean to be Protestant in the Contemporary World??Next