Home
Reviews
No More Horsing Around

No More Horsing Around 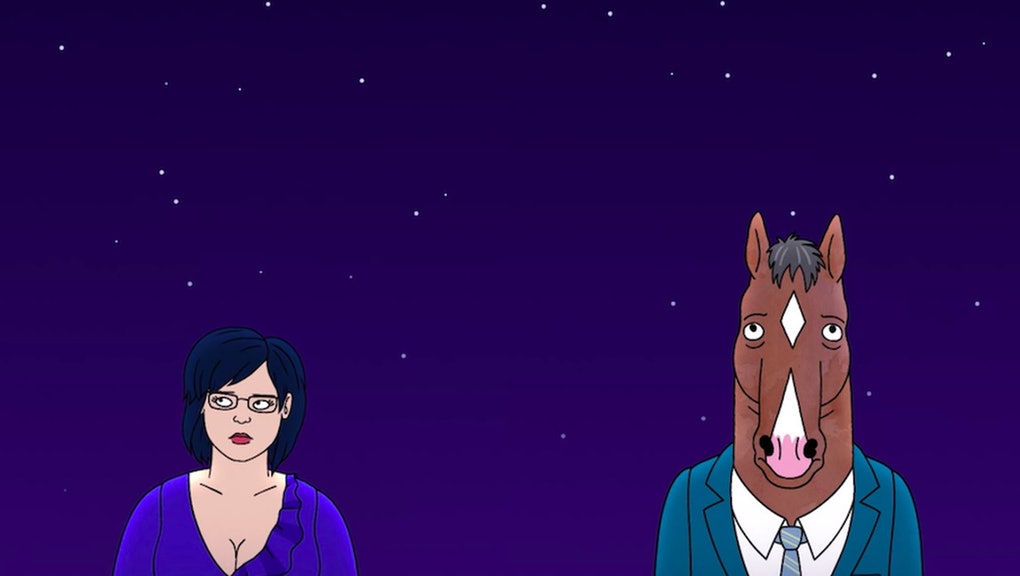 What started six years ago as a show that was ostensibly a typical send-up of Hollywood became one of Netflix’s deepest, and at points darkest, shows. The seeming shift in Bojack Horseman’s tone took a lot of people by surprise (Voice actors who had already signed up for the show found themselves taken aback at table reads when they had the chance to see more of what was in store).

The second half of season six sees Bojack facing serious consequences for his past actions. After years of misdeeds towards others (many of which stem from his addictive personality and past traumas), the titular character seems to be enjoying a new start as a college professor until events from his past come creeping back to haunt him.

Bojack Horseman’s creative team has also always been willing to experiment with formats and animation style. Season six part two has a number of these in store, and the show’s penultimate episode stands out as achieving emotional resonance.

There is much in Bojack Horseman that Christian audiences will disagree with. The show’s perspective is best summed up as nihilistic. And yet, the show’s major focus seems to be that Bojack can be a better person, if he puts in the effort and is honest with himself, an admittedly brutal reality but one that acknowledges the possibility of redemption. Bojack cannot find any solace in what Bonhoeffer called “cheap grace” and must face some very serious consequences along the way.

Much like The Good Place (which ended within a few weeks of the show reviewed here), Bojack Horseman will leave a profound gap, and stands out as a show that achieved more than acclaim for those who made it. According to a featurette Netflix made to promote the final season, the showrunners received correspondence from people who said that it gave them vocabulary to discuss their own struggles with mental ill health. As Paul F. Tomkins puts it, “Despite it being set in Hollywood and being about anthropomorphic animals, I think the struggle to figure yourself out is fairly universal.”