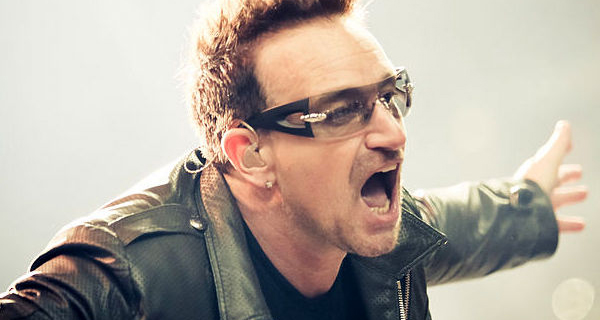 Truth and realism is what U2 frontman Bono believes to be lacking in Christian music. The international superstar made these provocative comments in a documentary called The Psalms. Bono and The Message translator Eugene Peterson star in the documentary, as they discuss the poetic beauty of the Bible, particularly the Book of Psalms. “In the Psalms you have people who are vulnerable to God in a good way,” said Bono. “I often think, ‘God, why isn’t church music more like that?'”

“I find in Christian art a lot of dishonesty, and I think it’s a shame.”

Yoga with Scripture and gospel music

A Christian variation on yoga has arrived in Australia. The ancient Indian practice of physical and spiritual refinement has been altered by American Christians, to include Scripture verses and gospel music. According to Holy Yoga Australia’s Facebook page, “Holy Yoga is the intentional practice of connecting our entire being, body, mind and spirit with God: the Father, Son and Holy Spirit.”

The 20th anniversary of the worst mass shooting in Australian history gripped our attention this week. Among the pain, grief and desire for healing which accompanied reports about Martin Bryant’s massacre at Tasmania’s Port Arthur in 1996, a ray of Jesus’ light to the world shone through. According to a report by News.com.au senior writer Sarah Blake, Martin Bryant’s mother Carleen remains active in her local Hobart church. Her Christian faith has helped her to survive the horrific actions and impact of her son. Posted online by The Advertiser in Adelaide, Carleen Bryant wrote a detailed prayer “to all of humanity affected by the agony resulting from the horror inflicted on innocence at Port Arthur … To overcome our tragedy our best chance is to look forward with hope and overcome evil with the goodness which comes to us from God.”

One year on from Bali executions

Another grim anniversary was also marked this week. One year ago today, April 29, Andrew Chan and Myuran Sukumaran were put to death in Bali, due to drug smuggling convictions. Eternity journalist Tess Holgate spoke with Australian Pastor Christie Buckingham, who was with Chan and Sukumaran at their execution. A close confidante of the pair and Sukumaran’s spiritual director, Buckingham shares her thoughts and feelings about the loss of the two convicted smugglers who were professing Christians. “God requires justice and mercy, and we need to search our hearts and find out if we live out of that place of second chances, both for ourselves, and for other people,” reflects Buckingham about how we respond well to those who break the law.