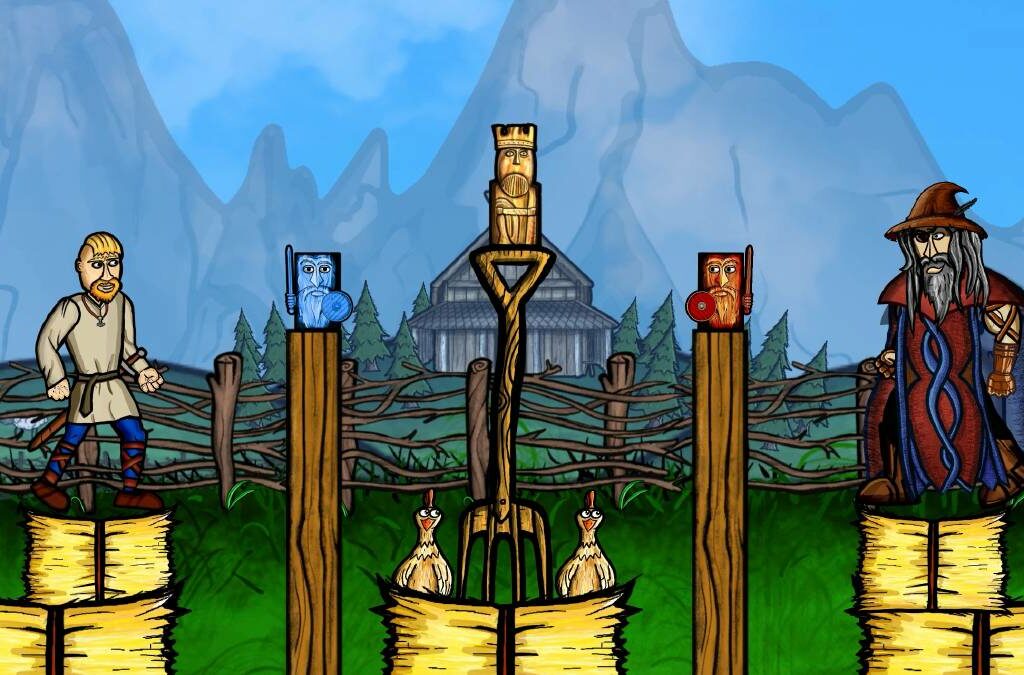 After several years of development and earlier iterations, the full version of Viking Trickshot has made its way to PC and mobile platforms. Years of work have seen a fully-fleshed out version of a competitive strategy game that is a lot more difficult than it looks on first glance.

Viking Trickshot recovers an ancient Viking game known as Kubb. The way it works sounds simple on paper: You throw a baton at your opponent’s logs to knock them over, before taking out a figurine that looks like a king. Taking the king out too early causes a player to forfeit, and the playing field changes with each different level.

The game’s levels quickly take a turn for the fantastic, with backgrounds based on Viking mythology. The game also reveals itself to be more difficult than players might think at first.

With its bright, cartoony visuals, Viking Trickshot may appear at first to be the kind of game aimed at kids. Picking it up and attempting the first throw should be enough to disabuse you of that notion. Getting the correct aim and waiting patiently for the correct angle are both challenging. Players are warned that Viking Trickshot is not an easy pick up, but time and effort are rewarded.

Viking Trickshot’s description on Steam informs players that the multiplayer experience is one where if players can take a big risk, they’d better go for it. As this may suggest, the game proves most fun when experienced with a friend. Much like the likes of Worms, the game is something of an anecdotes generator, and players will have their own stories to share of their experience with it.

The game appears to be stable in its latest iteration, with Insights able to run it on both Steam and an iPhone without any major hitches.

Viking Trickshot’s base game includes a generous 50 levels for free. To unlock all of the games content costs $14.99.

Viking Trickshot is available now on Steam, the App Store, and on Google Play.