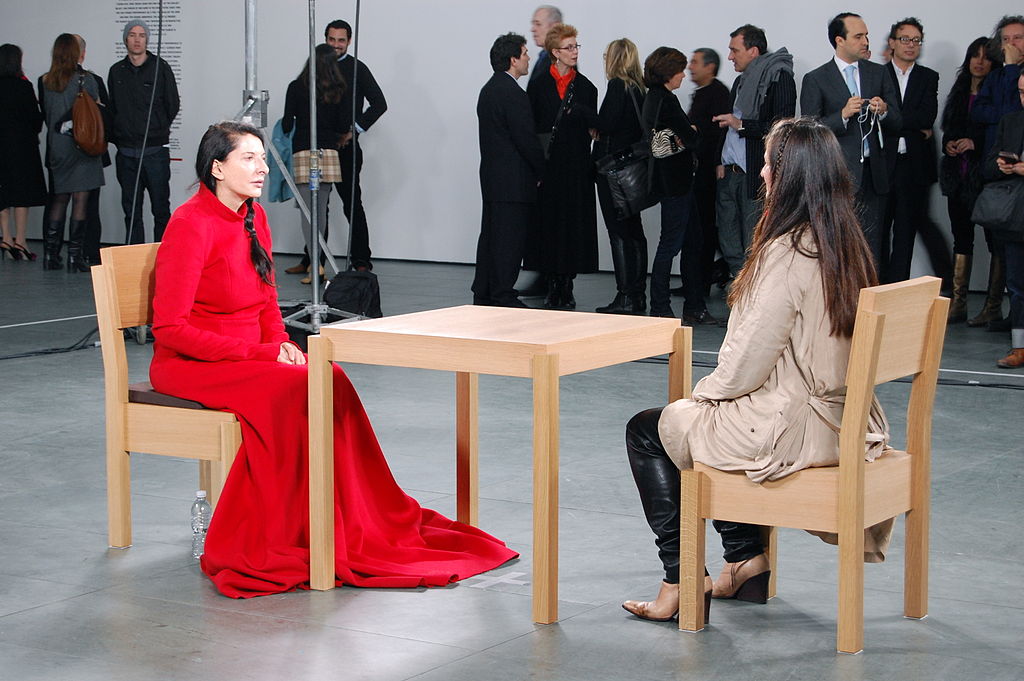 Bezalel’s Body: The Death of God and the Birth of Art, Katie Kresser, Cascade.

‘We don’t have to live like this,’ says Olivia Laing in the introduction to her collection of writings on art and artists. She makes a case for art helping us to respond to the madness of the present. In these pieces, which are like 10-minute joy flights, she writes about artists marginalised by society, often because of their sexuality, but also simply through misfortune – homelessness, mental illness – and suggests that art can offer ‘resistance and repair’. Art can, according to Laing, help us see differently, opening up the possibility of changing the world for the better. It prompts openness, a resistance to categories and labels.

Similar claims are made in Katie Kresser’s remarkable and equally provocative book. She argues that with the advent of Christianity came a new kind of art, one that moved beyond the self-centred monolithic art that came before, an art that was all about power. (Think about those statues of ancient rulers.) She suggests that this new Christian art was like a window, focussing attention on what was beyond, rather than something that boxed people in. This new art, like Christianity itself, helped people be sympathetic to others and to the transcendent (which in Christianity are inextricably linked). Building on the work of art critics Michael Fried and Thomas Crow, she suggests that art should help us see beyond the surface, beyond rigidity and judgements. It should have what critic John Berger called hospitality (which is a central calling of Christianity).

Like Laing, Kresser argues that art should leave space for the development of understanding and connection. Like Laing, Kresser notes that some artists who are gay tend to be boxed in as ‘gay artists’, as if one dimensional. Laing notes the multidimensionality of an artist such as Derek Jarman, who wrote a book on gardening and lamented the loss of traditional ways just as he rebelled against the categorisation of gay people, especially in the era of vilification of people with AIDS.

But, Kresser thinks, modern (or postmodern) art is in danger of collapsing back into (very) old ways that are local and subjective. (It’s all about me and my feelings toward an artwork). And, I might add, tribalist. Her arguments make us think differently about much art (and she covers a wide range of art). She moves beyond simplistic arguments about modern and traditional art, or Christian and secular art. (Laing, by the way, often offhandedly rejects Christianity as rigidity, but sometimes she is responding not to Christianity, but a perversion of it. While rigidity is characteristic of Christians at times, a rejection of misfits is not Christ-like.) She looks for art that entails a Christian understanding, a Christ-like capacity to step into others’ shoes, irrespective of whether the content is overtly Christian, and criticises art that doesn’t, such as the minimalist sculpture of Donald Judd, which threatens to, or actually intends to, simply reflect the viewer’s feelings. Some installation art is just ‘sensory button-pushing’.

And of course, boundary-pushing can also become self-indulgence, which is the danger in some of the art Laing writes about. It can cross the border into simple shock-value art. Art is not good just because it pushes a boundary, just as art is not lacking in power simply because it falls into the mainstream. (It may be up to the reader or viewer to decide – as Laing says, art is not ‘magic’, it takes work in its contemplation.)

Some other modern art expresses a more Christian view. In ‘The Artist is Present’, Marina Abramovic sat passively and silently on a chair in a gallery and stared at gallery-goers who queued to sit and stare at her. Many were moved, even to uncontrollable tears, by Abramovic’s seemingly non-judgemental, undivided attention. (This was a counterpoint to a much earlier and disturbing work where gallery-goers were invited to ‘assault’ the passive Abramovic, a work that graphically symbolised the powerlessness of women in the face of violence.) I am often wary of this type of art as somewhat gimmicky, but there is something profound here – evidence of art’s potential to, as Kresser says, prompt us, without using words, to respond to the other.