Methodist Crusaders continue their legacy through “Sending a kid to camp” 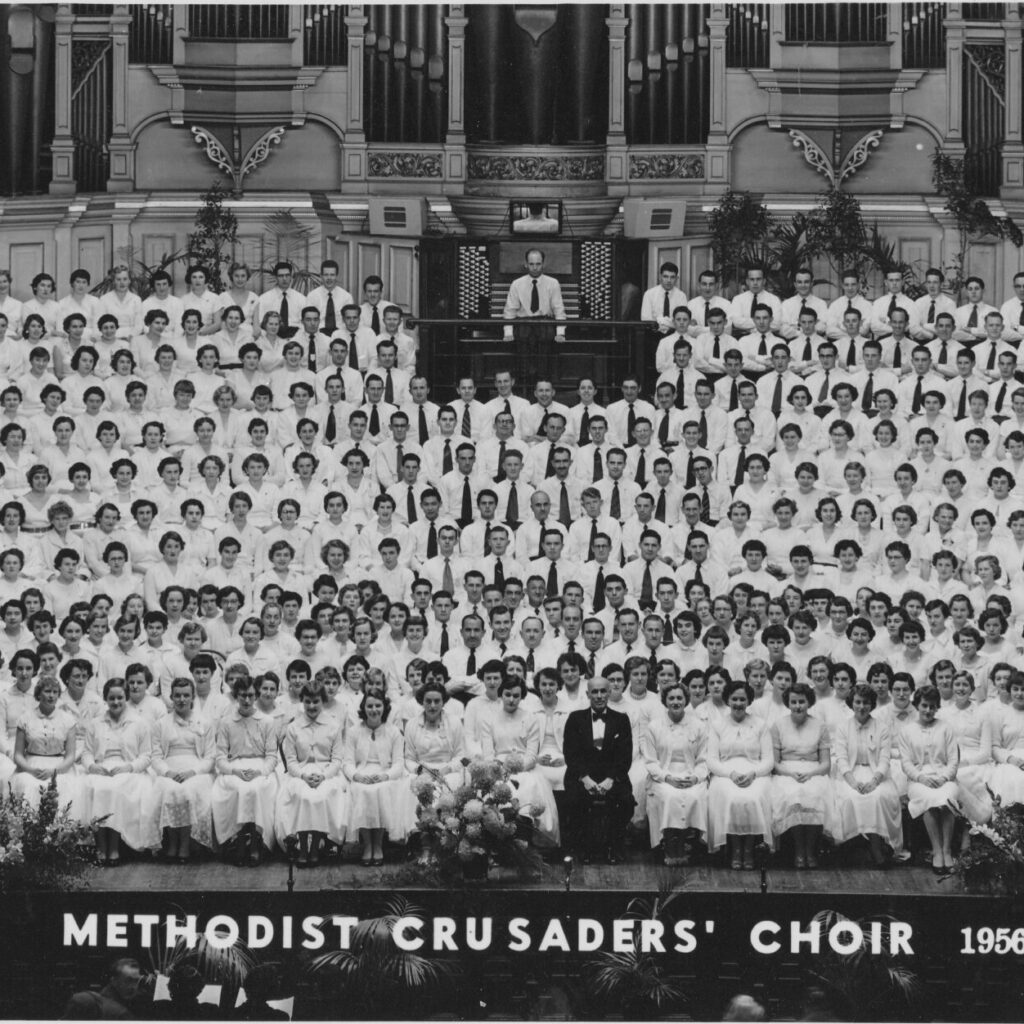 The Methodist Crusader Movement was a vital part of that church’s work with young people and youth leadership. Its main focus was to introduce youth and young adults to a vital Christian experience through camping fellowship.

The first camp was at Camden in October 1929, followed by camps at Gosford and Castlereagh in 1930, the idea being patterned on a similar Presbyterian model.

Metropolitan and Country camps commenced in 1934. As one early Crusader reported, “Some of my most enjoyable and influential experiences came from the Crusader camps. The fellowship engendered by a diverse group of young people, and stimulated mentally and spiritually by able leaders, greatly enriched my life and I will always be grateful for the Crusader Movement.”

Many Uniting Church members developed their personal faith and leadership skills from being Crusaders in their formative years.

Since hymn singing was such an important part of Methodism and camping, the Crusader Choir naturally evolved. From a start in 1932, the choir of 200 grew to over 500 by the 1950s. Tape recordings and records were made, including two sent to Her Majesty the Queen in 1954. The Crusaders, as a movement, finished in 1978 soon after Church Union, though enthusiastic choir reunions and “Songfests” continued until 2014.

In the late 1990s large reels of master tapes of the Choir singing were uncovered and three CDs, professionally re-mastered, were produced by a small committee of ex Crusaders. The funds raised through sales of these CDs was donated to various charities. However the committee planned to invest in the youth of our church, encouraging them to participate in camping experiences similar to what the committee itself had enjoyed.

When it came to distributing the last of the CD funds, the PULSE Camp Fund was an excellent recipient, with its emphasis on developing Christian faith and leadership in today’s young people.

The PULSE camping ministry provides congregations no matter how big or small the opportunity to give their young people mountain top experiences with God and fellowship in a larger community of faith to discover how huge and amazing the Uniting Church is!

PULSE has four camps Kids Camp Out (KCO), Uniting Youth Camp (UYC), HSC study Camp, and Retreat Yourself for Young adults. We also have YouLEAD and YouLEAD+ to train up young leaders.

These funds will make it possible to offer families and young people the opportunity to attend PULSE camps who otherwise would not be able to, as well as pay for travel for those coming from regional and remote areas. It will also support leaders as they grow in leadership and volunteer leaders who want to be part of our camps but can’t afford to attend.

To join the Send a Kid to Camp campaign, you can donate here:

Karen Mitchell-Lambert is ordained in the ministry of Deacon and is the team leader of PULSE.