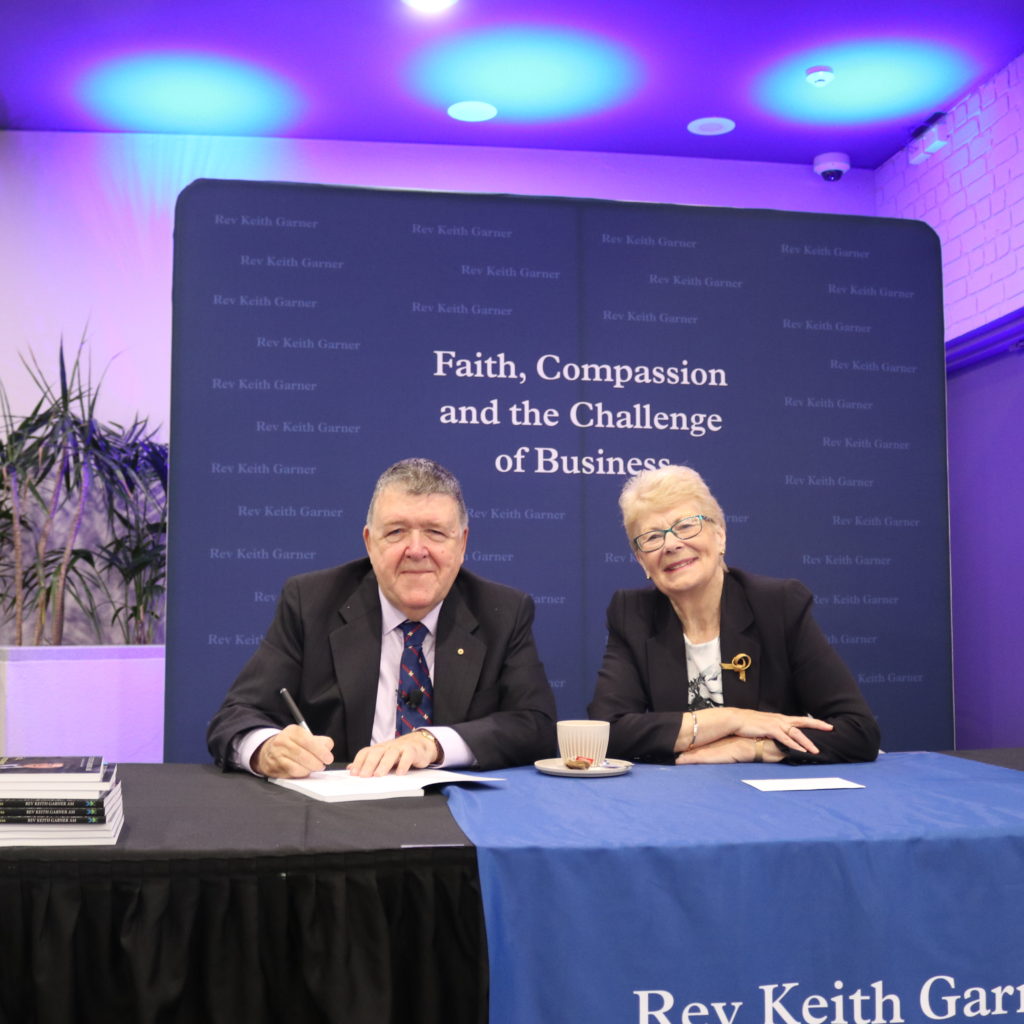 In a wide-ranging interview with broadcaster Dr Meredith Lake, Rev. Garner touched on his upbringing, how he became a Christian, calling, and materialism.

Rev. Garner grew up in the UK, where he eventually became a Methodist minister.

“I found faith as a teen through a miner, not greatly articulate, and embraced what Christ meant,” Rev. Garner recalled.

He became the Superintendent and CEO of Wesley Mission in 2006. In this role, he has led more than 2,400 staff and 6,500 volunteers in 180 different projects.

“I was not unique in taking on a CEO role in an organisation facing a particularly challenging business environment,” he recalled in a video that played during the event.

“Most CEOs embark on their role in similar circumstances.”

“The specific challenges that I faced at Wesley Mission related to taking on the role of CEO and Superintendent: a duel role. That is, of a business leader and church leader.”

Rev. Garner’s book explores how he met the challenge of the duel role, while staying true to his own ethics. One challenge from this time that he touched upon at the launch was how to handle difficult redundancies.

“That doesn’t make it any easier…but I do think it’s possible… to express to people what compassion is in times of struggle.”

Something that he wanted people to understand during his time as CEO and Superintendent was that homeless people were not “caricatures.”

Rev. Garner highlighted that the time in the role also taught him that churches would need to find new ways of talking about their faith for people who had never encountered church before.

“I knew from that moment that I had met a kindred spirit,” Ms Plibersek said.

“Keith has the most enormous heart…He has so much love for people, especially the disadvantaged.

“I saw that everyday that I worked with him.”

“He’s got a…sharp mind. A real ability to grow an organisation, to grow its mission, and grow its success.”

Ms Plibersek said she was sure the book would help, “so many leaders who are struggling to combine their ethics, their values, with their desire to achieve greater things with the organisation that they lead.”

“This comes after 15 years of leading a terrifically successful organisation.”

Rev. Garner will retire from his role at Wesley Mission in February 2021. Rev. Stu Cameron will replace him following a time of handover.