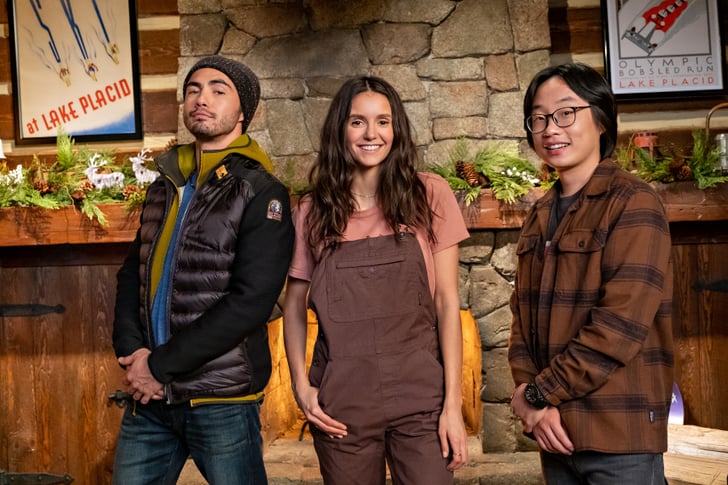 Love Hard is a Netflix original Christmas movie which explores the dangers of online dating and the ‘catfishing’. Like most Christmas movies there is quite a bit of cheesiness and fluff. However, as much as this movie is just another Christmas themed rom-rom, there are some really important messages hidden underneath the Mariah Carey and tinsel.

Love Hard follows a young writer, Natalie Bauer, whose sole topic is bad dates and romantic failures. In a stroke of not so good luck, she meets someone on a dating app and decides to visit him as a surprise only to find out that he was actually catfishing her the whole time.

There is of course the obvious ‘Christmas time is family time’ message throughout the film. As well as ‘Christmas is the time to show people how much you love them’. Both cliche but good to remember. But the theme that I found at least a little bit refreshing was the denial of regular beauty standards in men.

The holiday season always has such a strong focus on gifts and consumerism, and less focus on love and the true meaning of Christmas. This obviously isn’t a Christianity based or driven film but the film has an interesting message of overcoming superficiality and toxic beauty standards.  This is facilitated by the representation of a culture that isn’t the expected white American family dynamic.

The characters are fun and engaging, a particular highlight being Natalie’s kiwi fruit allergy which adds a healthy dose of uncomfortable humor to one particular scene. Natalie also rejects quite a few cliched traditions of Christmas, including the singing of Baby it’s Cold Outside. When Natalie and Josh are forced to sing this song in a carolling adventure Josh responds to Natalie’s feelings by altering the lyrics.

My mother will start to worry
Here’s my phone, give her a call
My father will be pacing the floor
Adios, say no more

Overall, it’s a fun film to watch. If you have an aversion to such cheesy romance movies you probably won’t love this one, but it’s Christmas time. And Christmas time is the time for new experiences and declarations of love aided by large posters in the snow. Right?

Suzy Cornford is studying journalism at Charles Sturt University in Bathurst, and when on holidays attends Turramurra Uniting Church