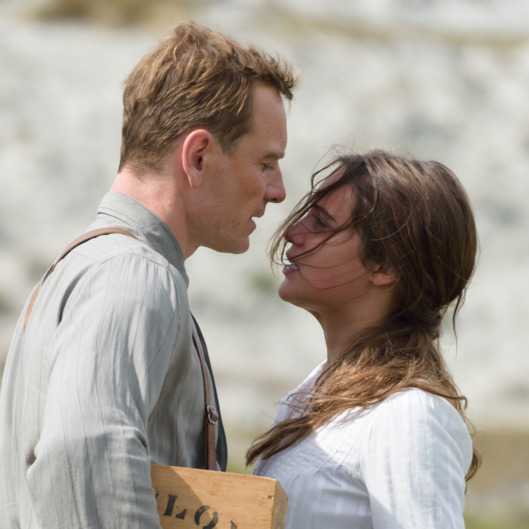 Review: The Light Between the Oceans

There was so much potential for this film. Adapted from the bestseller novel with the same name and directed by Derek Cianfrance, The Light Between the Oceans, has an interesting premise but the predictability and slow pace undermined this romantic drama.

The film follows Michael Fassbender (12 Years a Slave, X-Men: First class) who plays Tom, a WWI war veteran who welcomes a life of solitude as a lighthouse keeper on an island off the coast of Western Australia. After a few visits to the mainland he meets Isabel played by Alicia Vikander (Ex Machina).  They quickly become besotted with each other and marry.

Living together in isolation from the outer world on Janus Island, Isabel and Tom are confronted with new heartbreak when they struggle to have a baby.  While mourning another miscarriage, by chance, the couple find a small boat washed ashore harbouring a dead man and a baby that is miraculously still alive. Isabel convinces Tom that they should keep the baby and raise it as their own instead of reporting their find to police on the mainland. So plays out the internal struggle of the happiness in finally having a baby and guilt, especially on Tom’s part, in keeping a child that is not theirs. This struggle becomes even more pronounced when Tom and Isabel cross paths with the baby’s biological mother (Rachel Weisz) back on the mainland.

At times the dramatic pulse of the film flat-lined and ran the risk of leaving audiences disconnected from the story. It was the pull from the raw performances from Vikander and Fassbender that gave one or two bursts of needed revival to the story. Fassbender masterfully navigates the moral dilemmas that the character Tom faces with a stoic outlook. While Vikander showcases the complex fragility of Isabel.  The film explores how one decision deeply affects the lives of four people.

It took a while for me to realize that this was supposed to be set in Australia. This was due to the lack of Aussie actors/actresses and accents. This could also be due to most of the scenes being filmed in New Zealand and only some scenes filmed in Tasmania.  There is no denying the beautiful landscapes exceptionally captured by non-other than Emmy Award winning Australian Cinematographer Adam Arkapaw.

The film looks at the journey of letting go of resentment and choosing to forgive. It is a glimpse into the pain of loss, love, guilt and longing for a family. If it’d only picked up its speed then it would of been a more entertaining watch.

What does the bible say about forgiveness? Ephesians 4:32

The Light between the Oceans is out on DVD now.

PrevPreviousObedience is not optional
NextJust another heatwave or a wake up call?Next