Josephine Inkpin to be inducted at Pitt Street Uniting Church 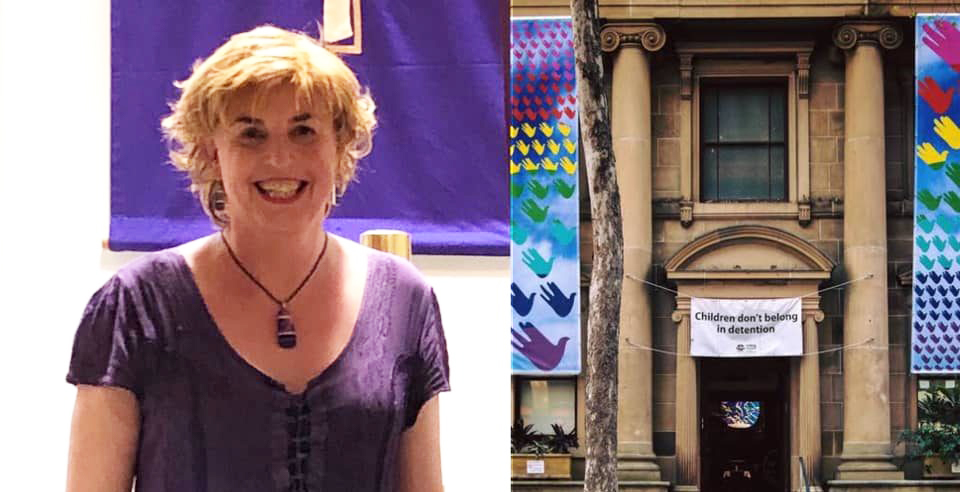 An ordained Anglican priest, Rev. Inkpin has received permission to serve as a minister in the Uniting Church.

She told Insights she was looking forward to the service.

“I feel both deeply blessed and humbled to be inducted at Pitt Street,” Rev. Inkpin said.

Originally from England, Rev. Josephine Inkpin has called Australia home for 20 years, since emigrating for her twin daughters’ health.  Ordained in St Paul’s Cathedral London as what she calls, “a priest for the world”, she has lived and worked in a variety of contexts and ministries, including eight years in Sydney with the NCCA and NSW Ecumenical Council.

More recently she has worked as a lecturer in church history and as a senior tutor at St Francis College Brisbane (with UTC, part of Charles Sturt University’s School of Theology) and co-chair of the local Anglican diocese’s Reconciliation Action Plan.

“It is a great joy to be back in Sydney and to join, as part of the wider Uniting Church, Pitt Street’s particular living traditions of openness, generosity, creativity and prophetic commitment to the marginalised,” Rev. Inkpin said.

“I have been overwhelmed by the welcomes of so many people – not only in the Pitt Street congregation, but the wider Church and community.  I am aware, particularly in the CBD setting, of the challenging effects of both the continuing pandemic and many of today’s exacting issues which press upon us.  These are calling us into deeper levels of prayer, mutuality, and partnership with others.”

“I am conscious that this is the first time an openly transgender ordained person has been inducted into a mainstream Church in Australia – as distinct from coming out within an existing position.”

“As such it is another beautiful sign of the Uniting Church’s commitment to nurturing and celebrating the gifts of all.  I pray therefore that it may also encourage much needed changes in law, health, and education to address the pressing needs of many gender diverse people who are currently under such attack.”