It’s time to act to save the Reef, finds new report 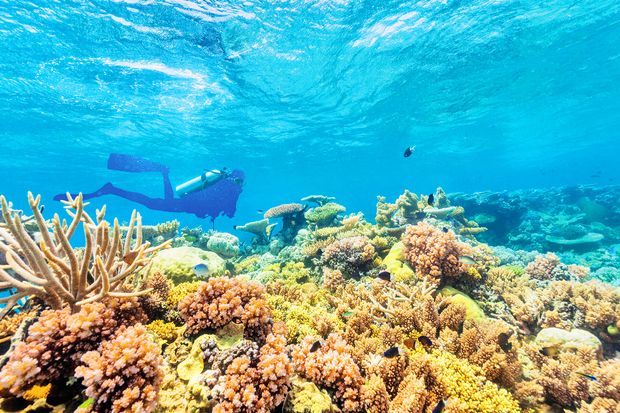 As world leaders gathered at the COP25 Climate Conference late in 2019 in Madrid, it was revealed that climate change could cause over 90% revenue loss to our coral reef tourism industry by 2100.

Even if appropriate action is taken to cut carbon emissions, economic losses of up to 66% are still expected for the industry. This research was undertaken by the High-Level Panel for a Sustainable Ocean Economy – a group of 14 heads of state, including Australia.

In Australia, as well as being a cultural icon, The Great Barrier Reef tourism industry supports two million tourists a year, sustains 64,000 jobs and generates $6 billion dollars annually. On the west coast, our country’s other World Heritage-listed reef – Ningaloo – is visited by more than 200,000 people per year.

Australian Marine Conservation Society (AMCS) Director of Strategy Imogen Zethoven stated that the research showed a strong incentive for the Australian Government to take a global leadership stance on climate change, including an urgent transition to renewable energies in an effort to save our World Heritage Reefs.

In early December “the Australian Government stated in its Great Barrier Reef report to UNESCO’s World Heritage Committee that climate change is the Reef’s biggest threat. But it did not commit to actions through to 2030 that will limit national and global temperature to a level that would secure its future,” Ms Zethoven said.

“The breathtaking beauty of our Great Barrier Reef is a magnet for tourists from around the world and is part of our national identity as Australians. But the recent back-to-back coral bleaching events caused by a warming ocean driven by climate change shows that our Reef is in grave danger. We should be doing all we can to help sustain its beauty and biodiversity and ensure the Reef tourism industry has a future.

“It’s not too late to save our Reef, but time is critical as this latest report illustrates. Australia needs to commit to rapid and drastic reductions in greenhouse gas emissions to limit global warming to no more than 1.5 C which will safeguard the future of our Reef and avert an economic crisis for the tourism industry.”

The life of reefs is a global issue, as shown by The High-Level Panel analysis, which used new models to assess impacts at country and regional levels around the world. The analysis identified that coral reef tourism industries in Egypt, Indonesia, Mexico and Thailand will also be significantly impacted.

Overall, the research calls for more conservation and restoration measures for coral reefs around the world, to help protect their life, and reduce the long-term climate impact of tourism.