Is Offering Prayer An Empty Gesture?

The lead up to World Day of Prayer on March 2, has been marked by a good deal of debate surrounding whether or not prayer is worthwhile, or an empty gesture in lieu of action.

When filmmaker Kevin Smith was hospitalised following a massive heart attack, it prompted the expected stream of well-wishers on Twitter. When actor Chris Pratt (Guardians of the Galaxy, Parks and Recreation) tweeted that he would be praying for the Clerks director, however, it prompted a torrent of angry reactions.

Kevin we don’t know each other too good but I have loved you since Clerks and I’m praying my ass off for you cause I believe in the healing power of prayer. Can you please pray with me people!? 🙏♥ https://t.co/syB7BiQaoY

Pratt’s director on the Guardians of the Galaxy series came to Star Lord’s aid, arguing that there was nothing wrong with prayer and concern for others.

So I just read Chris Pratt’s tweet to Kevin Smith saying he would pray for him & made the mistake of reading the comments, many of which go off on Chris for saying he’d pray. I think people misunderstand the backlash against “thoughts & prayers.” (thread)

2 There is nothing wrong with sending someone positive thoughts & prayers. But when this is coupled with inaction when action will benefit the situation, it’s empty.

3 If you’re offering Parkland shooting survivors prayers, but are unwilling to deal with the problems of gun violence in this country in a practical way, those prayers are empty.

4 And if you’re going to offer prayers to the folks suffering in Puerto Rico, you might consider adding a link for a donation or calling on your representatives to take action, in addition to those prayers. Prayers alone will not change the world.

For his part, Kevin Smith has extended “special thanks” to Pratt for his prayers, having returned home from hospital.

In the wake of a horrific shooting at Marjory Stoneman Douglas High School, the phrase ‘thoughts and prayers’ has been renounced as a gesture that requires no action.

One eloquent response to that tragedy on the subject of prayer came from Mountain Goats singer (and erstwhile preacher) John Darnielle who expounded on James 2, suggesting that the Bible makes it clear that prayer must be accompanied by actions on the part of the faithful.

In a similar vein, Sojourners’ Jim Wallis has called on people of faith to combine prayer with action on gun violence.

“In the aftermath of the shooting, places of worship did what we expect them to do,” he wrote.

“They hosted vigils and funerals for those who were killed and those who are grieving. But churches nationwide can, and need to, do so much more in the days ahead. In addition to offering our thoughts and lifting our prayers, we can follow the Marjory Stoneman Douglas survivors in taking action.” 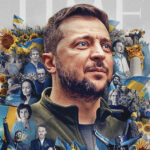 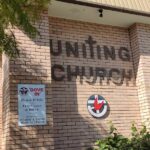 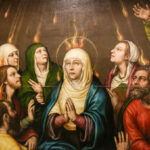