Is Christmas A Pagan Festival?

As with many other Christian festivals, the topic of Christmas’ origins is one that comes up as the date gets near. It’s not uncommon for this time of year to see social media populated with memes claiming that the entire basis for the event is a Christian adaptation of pre-Christian, pagan myths and festivals. 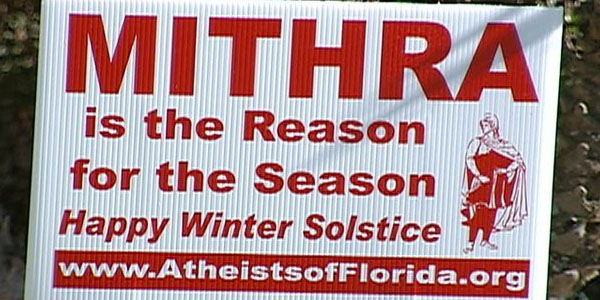 So is there any truth to these claims?

To start with, the date that Christmas falls on, 25 December, was a popular date for many different religions to celebrate the birth of their god. When Emperor Constantine moved Rome’s state religion to Christianity, the date represented a convenient time of year, when many people were already used to celebrating.

As we also see with Halloween, Christians also did this with a number of other festivals, in order to ‘redeem’ them and explain their new faith to others. In keeping with this method of appropriation, many of the ways that Christians celebrate Christmas have been lifted from other old festivals.

The other facet of this question, the argument that the Christmas story is itself derived from pagan myths, is obviously more important to people of faith, as it goes to the validity of Christianity itself.
For instance, one popular meme that inevitably shows up around Christmas claims that Christmas is derived from the pagan god Mithras, born on the 25th of a virgin and tended to by shepherds. 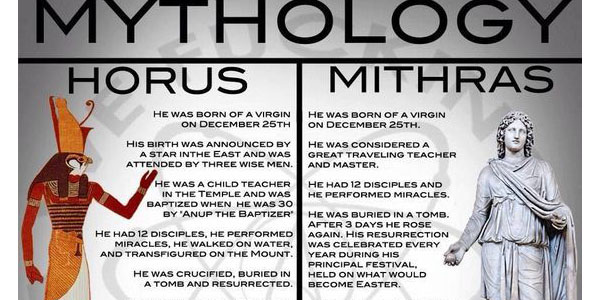 As a number of sources point out, the problem with this claim is that very little is known about Mithras, a god worshiped by a Roman cult. Many of the ideas attributed to Mithras in this kind of meme overlap Mithras with “Mithra” a Persian god and “Mitra” a deity worshiped in India. While these gods used to be understood to be the same, Mithras scholarship has more recently found them to be separate deities.

Another point is that, despite the claim that Mithras was born of a virgin on 25 December, there is no evidence that the Roman god was ever depicted in this way. Of the surviving artworks that depict Mithras, one common image depicts Mithras as being born fully formed; an adult emerging from rock.

There is plenty to discern during Christmas (including whether or not the current version of the holiday is a monument to consumerism and whether we have purchased gifts that are unethical). Placing Christmas in its historical context, as a festival that adapts pagan traditions so as to point to Christ, serves to explain some of the season’s traditions.

Merry Christmas from the Insights team.