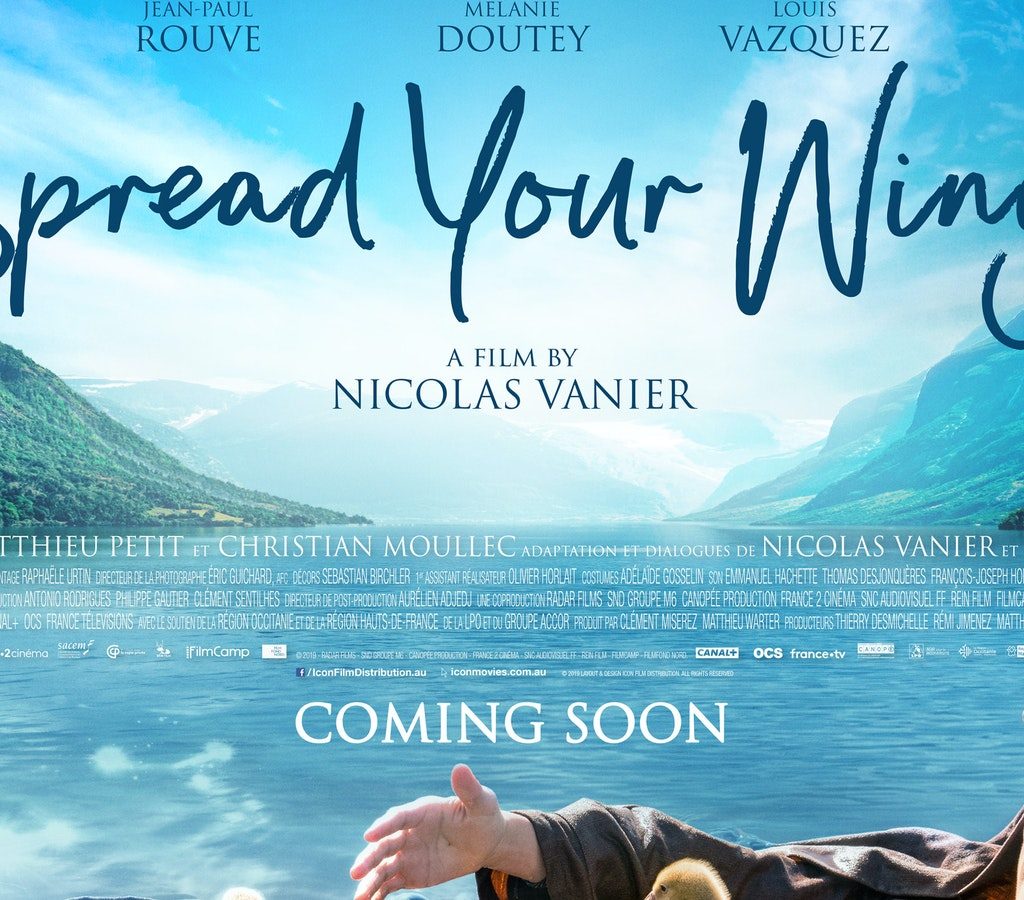 Spread Your Wings (original French title Donne-moi Des Ailes) is the new film by Nicolas Vanier, director of 2013’s Belle and Sebastian. This story is perfect for those who want an international twist for the holiday season. An ideal choice for families with children in upper primary and lower secondary. Based on a true story and stunning cinematography, this inspiring high-flying tale has a timely message that the whole family will enjoy.https://www.youtube.com/embed/WxGXbsiDhw0?modestbranding=0&html5=1&rel=0&autoplay=0&wmode=opaque&loop=0&controls=1&autohide=0&showinfo=0&theme=dark&color=red&enablejsapi=0

Christian (Jean-Paul Rouve) is a visionary scientist who studies migrating geese. For his teenage son Thomas (Louis Vazquez), the idea of spending a summer holiday alone with his father on a farm in the remote Camargue region of France, as opposed to his native city life, is a nightmare. However, father and son begin to bond as they come together on a crazy plan – to save an endangered geese species. With Christian’s pilot skills and an ultra-light aircraft, they begin preparations for an extraordinary and perilous journey. The pair plan to lead the geese they’ve raised to safe migration routes, guiding them to Norway.

Spread Your Wings is strongly reminiscent of Carroll Ballard’s 1996 film Fly Away Home, starring Jeff Daniels and Anna Paquin. Yet, do not assume that it is a remake, Nicolas Vanieris’s film is based on the life of Frenchman Christian Moullec. Whilst the American movie is based on the life and the 1994 autobiography of Canadian Bill Lishman. Interestingly, Moullec took his inspiration in guiding geese with ultralight aircraft from the North American counterpart.

The storyline is not a complex one, and neither the narrative nor the characters have much depth to them. If some additional obstacles had been integrated for the characters to overcome, it would have given the actors more to play with on the journey. As it stands, Jean-Paul Rouve is the standout actor as eccentric but sympathetic Christian. Still, it will be interesting to follow the career of young actor Louis Vazquez. The narrative evolves in a predictable way which will please the majority of viewers.

While the plight and the journey of the endangered geese are at the heart of the film, the family relationships are front and centre. Thomas’s parents are separated, and the boy and his mother Paola have quite a distant relationship with Thomas’s father at the beginning of the film. One could say that their family relationships are endangered. Suppose you have seen the classic Belle and Sebastian. In that case, you will recognise elements of director Vanier’s style, and his passion for representing the natural world. Both of his films rival one another in their cinematography, but not in the character development.

“We do not inherit our ancestors’ earth; we borrow it from our children.”

The film’s central message of protecting the planet that we call home is its strongest point. The Indian proverb preceding the final credits helps us understand this: “We do not inherit our ancestors’ earth; we borrow it from our children.” The highlighting of the rate of construction of roads versus the extinction of bird species in recent decades is shocking and compelling, and is something that would have been good to see shine through a little more clearly.

What should parents know about Spread Your Wings?

This French film is a good family story, and an excellent introduction to foreign-language cinema for teenagers. It inspires a love and respect for God’s creation, encourages us to tend to and care for the natural world. Vanier represents an opportunity to be immersed in a world far vaster, beyond screens and concrete jungles, than the one that most of us inhabit day to day.

Spread your Wings is in cinemas now.