With holidays and (hopefully) ideal beach reading weather, Summer can provide the ideal time to catch up on great literature. The Insights team provide their book recommendations for the summer.

A memoir by the founder of Patagonia, Yvon Chouinard, this delves into the business ethics and practices of the adventurer, climber, conservationist and activist.

A stellar business career combined with a lifetime of outdoor adventures, Chouinard has created one of the most highly regarded environmentally responsible companies in the world.

His foundation, “One Percent for the Planet” is an alliance of businesses that contribute at least one percent of their net annual sales to groups on a list of approved environmental organisations.

Naomi Klein writes in the foreword to Let My People Go Surfing, “This is the story of an attempt to do more than change a single corporation—it is an attempt to challenge the culture of consumption that is at the heart of the global ecological crisis.” 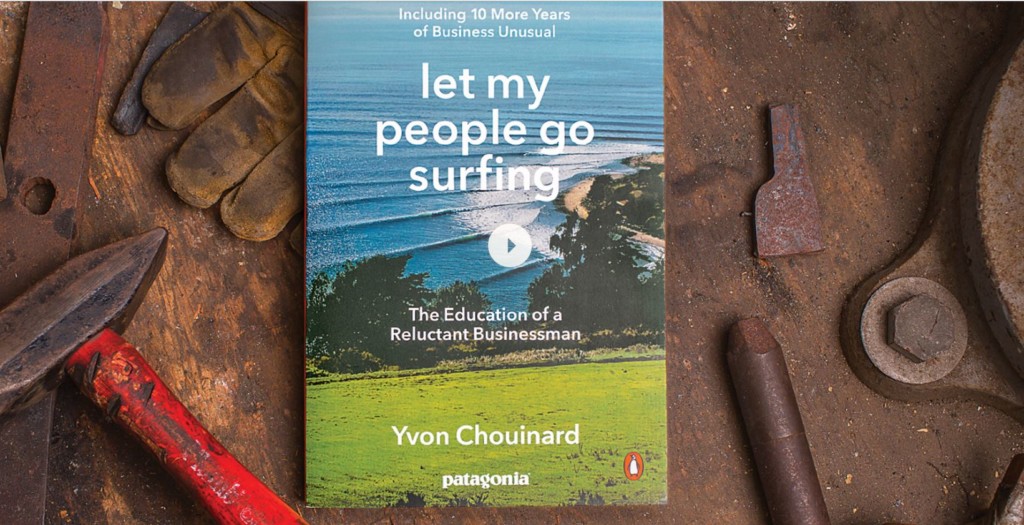 When I started reading Let My People Go Surfing at Sydney airport I found myself pondering the manufacture and disposal of the plastic wrapper on a notebook I had purchased.  I ended up tucking the discarded wrapper in my bag and taking it all the way to the USA. The wrapper along with thousands of others had most probably arrived in Australia from China and was now zig zagging the globe again.

Arriving in San Francisco, I suggested a much anticipated shopping expedition with my daughter who I was visiting, only to find that since she had finished reading Let My People Go Surfing, she was on a shopping ban for six months on account of the volumes of shipping packaging.

It’s a thought provoking read that increased my consciousness about our environment.

Over the summer I’m planning to read …

Secret City: The Books that Inspired the Major TV Series by Steve Lewis and Chris Uhlmann.

When seasoned newshound Harry Dunkley is slipped a compromising photograph one frosty Canberra dawn, he knows he’s onto something big. In pursuit of the scoop, Dunkley must negotiate the deadly corridors of power where the minority Toohey Government hangs by a thread – its stricken Foreign Minister on life support, her heart maintained by a single drive: revenge. And all about rabid Opposition senators, union thugs and simpering TV anchors ready to pounce.

From the tea houses of Beijing to the beaches of Bali, from the marbled halls of Washington to the basements of the bureaucracy, Dunkley’s quest takes him ever closer to the truth – and ever deeper into a lethal political game.

In His Own Strange Way: A Sort of Commentary on the Basis of Union by Geoff Thompson

Dr Geoff Thompson has contributed much to the Uniting Church’s theological output in 2018, and this (sort of) commentary on the Basis of Union might be the most valuable.

The chapters are all very short, and each tackles a passage from the Basis of Union. As well as Dr Thompson’s commentary, every chapter has a Bible verse to bring the section of the Basis into conversation with, and questions for further consideration.

What this commentary manages to do very well is bring the Basis of Union alive and get us to think about all of its implications. It reveals the Basis to be a document that continues to challenge the church today and clarifies so much.

For any Uniting Church people (and others!) who don’t see why the Basis of Union is so important, this short commentary is worthwhile reading this Summer.

I finally picked up this enigma of a novel and for two days I was absorbed into a brave new world. It was frightening, challenging and the writing prowess of Aldous Huxley left me in awe. First published 86 years ago, this dystopian novel still says volumes of the world we live in today.

It depicts a World State striving to build a utopian society, filled with cloning, sleep learning and conditioning and succumbing to all our inhibitions as long as the social hierarchy permits it. Huxley also explores the notion of a society free of pain and how we constantly look to numb and escape reality. In the novel the characters use a fictitious happiness drug Soma, today among the usual suspects we turn to our phones and social media as an escape.

Brave New World also comments on who we decide are “savages” and our celebrity complex driven by our fascination with each other that can becomes all-consuming that we forget that we are all, in fact, human beings. Huxley masterfully ties all this together and in the last pages produces one of the most profound conversations between two characters in the novel around Christianity and faith in a science-led world.

It’s a story that will keep knocking in the back of your mind, so much so that a few months later and I’m ready to read it all again and see what I learn this time.

Merry Christmas from the Insights team.