Home
Reviews
Read This
How does Scott Morrison’s faith influence his politics?

How does Scott Morrison’s faith influence his politics? 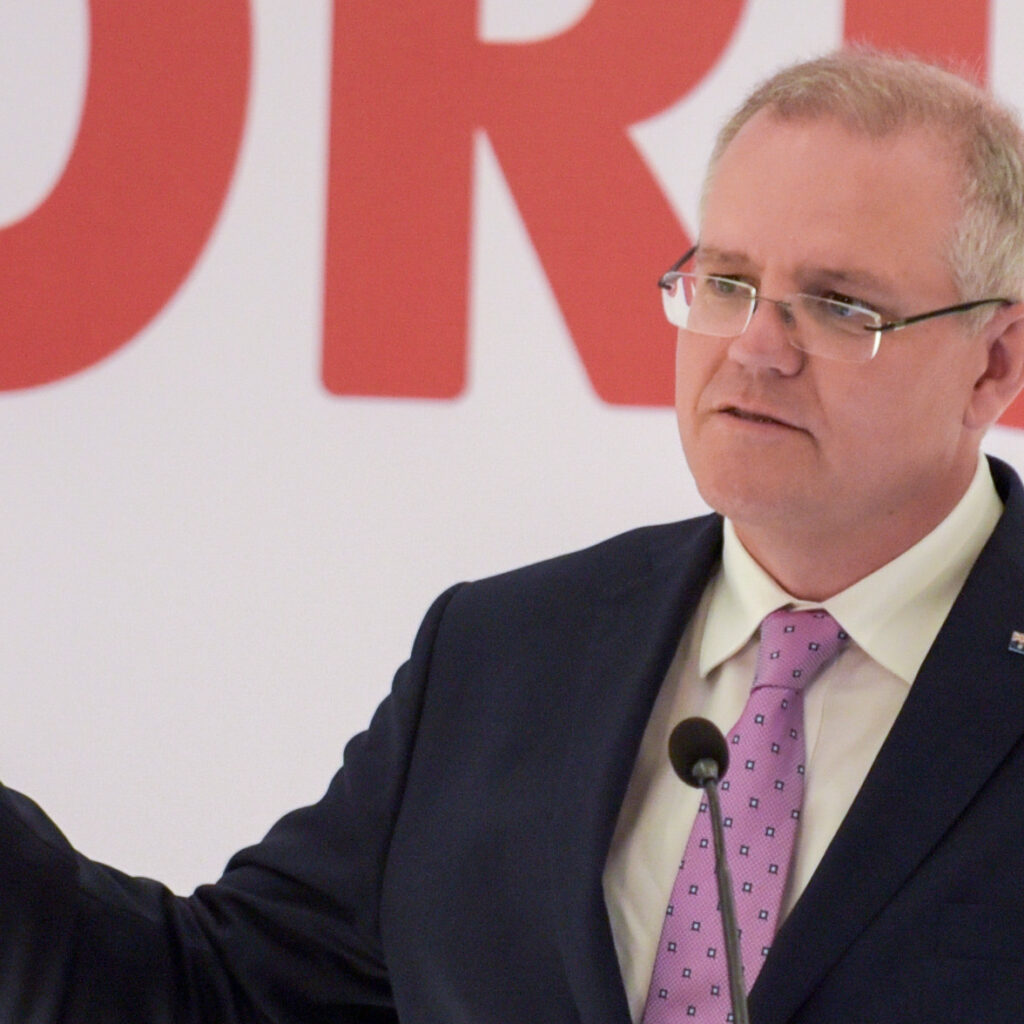 Review: How Good is Scott Morrison? by Wayne Errington and Peter Van Onselen

If a week is a long time in politics, then six months is… well, longer. Finishing this book at the start of the year, Errington and Van Onselen wrote that Scott Morrison is good at political miracles and, despite the failings that they pile up here, looking unassailable for the next election. But recent months may put that into doubt.

This book concentrates largely on Scott Morrison’s time as prime minister, and the pandemic naturally takes up about half of the book. ‘Most people wouldn’t think of Scott Morrison as a great leader,’ they write, but he did manage the Australian response to the pandemic in 2020 reasonably well. Wartime PMs are always given a boost, and opposition leaders fade into the background. The pandemic has also distracted from sports rorts and Murray-Darling problems. Morrison has subsequently bucked the trend of revolving doors for recent PMs. The electorate’s lingering distrust of Labor has also helped.

This year’s vaccine roll-out has been not so good, to put mildly, exacerbated by contradictory comments on Astra Zeneca and siding with NSW over Victoria. Then there are the accusations of ‘menacing’ behaviour and car park pork barreling. The book doesn’t exactly refute the charge that Morrison prioritises PR over policy, spin over substance, though at times the PM has also been ham-fisted when it comes to PR. The authors note that while he has a politically pragmatic nature, shifting policy when needed, he also has a stubborn personal side.

This manifests in a refusal to take responsibility for government actions that he has not personally decided. He tried to shift blame on aged-care COVID deaths, and we have recently seen him dragged kicking and screaming to an apology over the roll-out. When he does apologise, there is a tone of anger at having to do so.

We saw this belligerent and stubborn side of the PM in the bushfire crisis, when empathy was needed. (No wonder the government paid big money for empathy training.) Morrison says he has learnt from these mistakes. He was more compassionate over the NDIS, but the authors say here this might be because of personal connections.

The authors make much of the government ditching the budget surplus goal, but that was pretty much forced upon them. What the 2020 budget, described as “blokey”, did show was that the empathy is piecemeal. The authors suggest the budget was an excuse to snub enemies, particularly in sectors seen as intractably hostile to the Coalition, such as the arts. And casual workers, already disadvantaged by uncertainty in the workplace, were neglected. This seemed particularly hard when some businesses received Job Keeper payments and actually increased profits. Of course the government was not able to do much about this, but it did confirm that in a crisis it is usually the already-needy who are most disadvantaged.

The budget confirmed a reluctance to act on climate, and the authors show how closely this is related to the Coalition’s ties to fossil fuel interests (and why, perhaps, Malcolm Turnbull didn’t have a hope). The Opposition of course hasn’t shown as much vision here as they could. Morrison is not a reforming PM, seeming to enjoy the job for the job itself, rather than what he can do with it. For some in the Coalition, keeping Labor out of office is enough.

Morrison is the first prime minister with a Pentecostal evangelical affiliation (a long way from his childhood Presbyterianism, Errington and Van Onselen note), with links to Hillsong. There is suspicion among some journalists, for whom Morrison’s faith is puzzlingly exotic, that he is slyly pushing evangelical agendas, not helped by comments about secret prayers. Commentators seized on his comment, “I have always believed in miracles”, but this was probably a throwaway line, and the authors suggest Morrison quickly learned to separate faith from politics, to keep faith private. The reality is likely more complex, but the ‘God-bothering’ doesn’t occur much in the public eye.

The authors note that his faith’s influence on policy is “not much”, beyond, in typically Pentecostal fashion, seeing material success as a blessing. He has made the odd incursion in the culture wars, and was one of the few to dissent on same-sex marriage, against the majority, but this has largely been forgotten. He shares a conservative faith in self-reliance.

This may be a blind spot for Morrison, and a failing of the Coalition generally. There is a tendency to think those who need help the most are just ‘leaners’. In the midst of a pandemic, looming ecological crises and continuing refugee issues, though, we may need more focus on those who need lifting up.

How Good is Scott Morrison? is available in bookstores.

1 thought on “How does Scott Morrison’s faith influence his politics?”