Home
Reviews
Read This
How do we know that what has been handed down to us is the true core of Christian faith?

How do we know that what has been handed down to us is the true core of Christian faith? 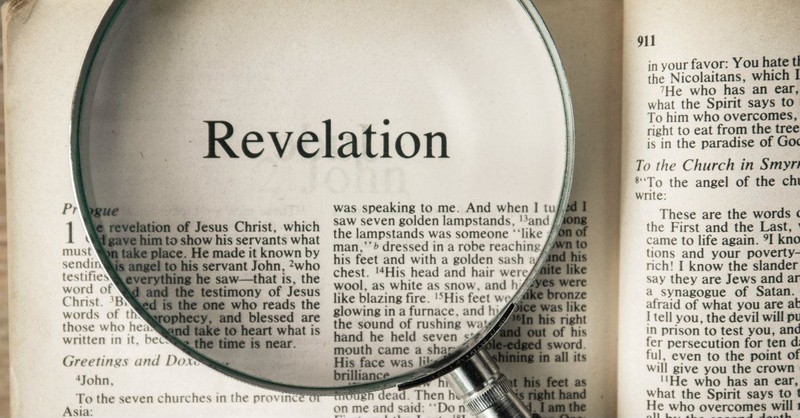 Tradition, in the usual way we understand it, means simply doing what we’ve always done. Sometimes this becomes pointless – bearskin hats or singing songs we no longer remember the meaning of. Sometimes tradition preserves vital parts of culture, like Indigenous people passing down stories that contain messages about caring for land. In theological tradition, however, it works slightly differently. Tradition, in this sense, is the long development of doctrines and understanding.

The entertaining and combative theologian David Bentley Hart’s book on tradition and apocalypse is a response to a long reliance within the church on doctrine as the foundation for faith, epitomised by John Henry Newman’s Essay on the Development of Christian Doctrine, which Hart uses as a springboard. Hart thinks Newman was right to ask whether we can trace a developing current of orthodoxy through Christianity. In fact, it’s a significant question still. How do we know that what has been handed down to us is the true core of Christian faith? How do we know we’ve not all become heterodox? (It’s no good just pointing to the Bible – interpretation of the Bible is exactly what is being examined.) And – an associated question – is doctrine the product of history or does it stand apart from it?

But Hart says Newman got the answer horribly wrong. Newman’s heart is in the right place – he was arguing against a kind of traditionalist view – the first of our definitions of tradition above – that thinks we should hold to whatever is unchanging (and assumes that true doctrine has never changed). (We can see this impulse in conservative currents within most churches.) Newman was smart enough to see that church history doesn’t bear this out. The main problem is, says Hart, that while Newman sees doctrine developing, he argues for the legitimacy of doctrine that survives (in the mainstream anyway) with a circular logic – an ‘illusionist’s trick’ – that says the church’s current doctrine must be right because it survives, and must have survived because it is right.

Newman then tries to trace a line of unity – a path of survival and ever-increasing clarity – threading its way through all the twists and turns of Christian history. But Hart suggests that the church is part of history, which is full of contingencies, and we shouldn’t be quite so sure that the winding journey of doctrine has a divinely approved coherence. Sometimes a turn is so great it instead becomes an overturning. For example, Hart writes exasperatedly, is there a logical continuum between a bunch of ragged, pacifist, communist anarchists and Constantine and the Vatican? Or between the first believers’ expectations of the imminent end of the world and the institutional church of millennia? Are, say, the ideas of eternal punishment and Satan as God’s perennial rival really traceable to the New Testament sources?

So, then – what to do? How to respond to the question of whether we are on track, as it were? How do we not descend to shoulder-shrugging relativism? Hart argues first that we have to be careful of dividing into orthodox and heresy. The church only became more unified in doctrine out of necessity when it became entangled with empire. That should give pause for thought. And there is not exactly unity of doctrine across the mainstream churches, let alone the outliers, now.

We also need to accept the inadequacy of doctrine – and here we might see Hart’s Eastern Orthodox influences on show – much is mystery. The heart of Hart’s argument is that if there is an essence to Christianity, it is forward-looking – a longing, Hart calls it, for fulfilment, the clarity that will come with the eschaton. This admittance of hopeful incompleteness is the antidote to the traditionalist’s hopeless assertion that everything is already clear and complete.

It was expectation, not doctrine, that united the Early Church. When the end didn’t come as expected, the apocalyptic side sat uneasily with the doctrinal and the institutional. But if there is a tradition we must retain, it is remembering and being open to revelation, prayerfully awake to and waiting for the new and shocking, and the interruption. This, of course, is not merely academic, but has implications for the practice of faith.

The tension is, if I can put it this way, between tradition’s wanting to prove that the church stands above the world on solid doctrinal foundations, whereas the apocalyptic (and by apocalyptic we mean it in its original sense) sees it standing aside from or even below the world, subversive, taking its power from the revelation of a future Kingdom that undermines the foundations of the power structures of the present one(s).

Hart says this is a modest proposal. It is, he notes, a narrow way. Neither the sceptic nor the traditionalist would be happy with such vagueness. But when we focus on the apocalyptic, we are not looking backwards at what has always been done, but at the future where anything is possible. And this is vital. As well as freeing us to live with unavoidable doctrinal disagreements, as Hart suggests, a not insignificant effect is to prompt us to address injustices, rather than rubber stamp the status quo.

1 thought on “How do we know that what has been handed down to us is the true core of Christian faith?”