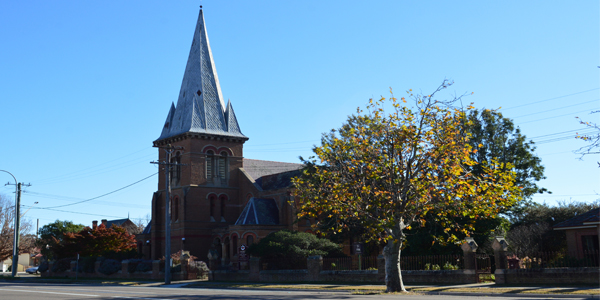 Goulburn Uniting Church’s congregation has not been able to meet in their church building for the past three years, because of damage sustained during a 2014 storm.

That might be changing, as work is set to begin on rebuilding the church’s steeple.

In an interview with local newspaper The Goulburn Post, The Reverend Julie Lawton-Gallard said that work on the building would take place in two stages.

“The first step is the removal of the damaged steeple and the construction of a temporary roof,” Rev Lawton-Gallard said.

“While the new steeple is being constructed offsite, the second phase will be the installation of this new steel structure in place of the temporary roof.”

The process, she explained, had so far been delayed “every step of the way.” According to Rev. Lawton, the church congregation has instead been meeting in R.J. Sidney Craig’s chapel, an arrangement that had been offered to the church by John Crooks.

Built in 1871, the church steeple is believed to be Goulburn’s oldest. Without the original plans for the spire, heritage architects had to start from scratch.