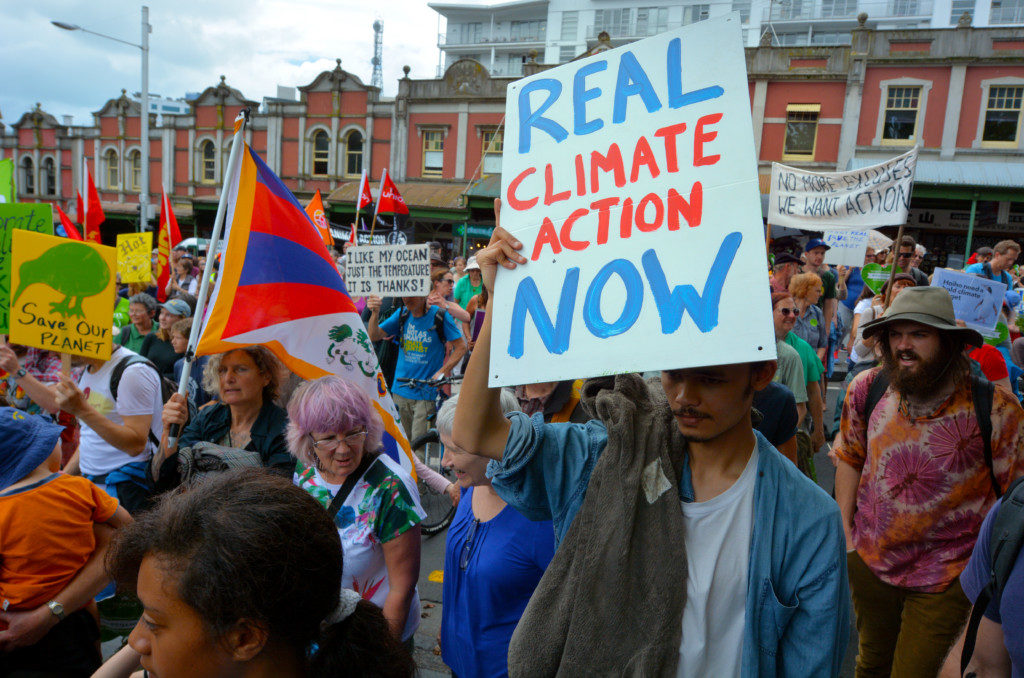 President of Uniting Church in Australia, Stuart McMillan, is the latest faith leader to sign the COP 22 Interfaith Climate Statement, which urges the reduction of emissions and increased investment of renewable energy.

Stuart McMillan said the statement highlighted the need for faith leaders to speak up for God’s creation and for governments to commit to a sustainable future. “We have repeatedly heard the concerns of and worked alongside our pacific partner churches that are living now with the devastating consequences of sea level rises and increased cyclonic activity,” he said.

Tuvalu is just one of the Pacific Islands facing drought and diminishing fish stocks, due to global warming. The Paris agreement highlighted the urgency of combating climate change now, to ensure the earth’s sustainability for future generations. The goal is to reduce greenhouse emissions so that the global temperature rise can be limited to just 1.5°C.

The Interfaith Climate statement extends that urgency as it calls on people of faith to take action in this shared “moral obligation”.

“This means ensuring that action on climate change respects the dignity of all people, particularly the rights of Indigenous Peoples and those communities and nations most affected by climate change,” said Mr. McMillan.

Climate change has a direct correlation to hunger and poverty. A recent UN report presented a stark picture of the future. With the loss of agriculture, global poverty could increase to 122 million by 2030.

Uniting Earth’s Rev. Dr Jason John points out how Genesis 2 has a focus upon protecting and serving God’s garden planet. Another point he makes is the need for government leaders, as well as the community,  to view the effects of climate change on a personal level.

“To ‘do for others what we would want them to do for us’ is the urgent call upon all Christians, for the sake of God’s desired reconciliation and renewal of the whole creation,” he said.

Archbishop Desmond Tutu, Pakistani Grand Imam Maulana Khabir Azad and the Dalai Lama are among the 270 plus faith leaders who have now signed the statement.

You can also help push climate change on the agenda and create action by signing the COP22 statement here.

Read more about how UnitingWorld is actively helping communities in the Pacific with the effects of climate change.