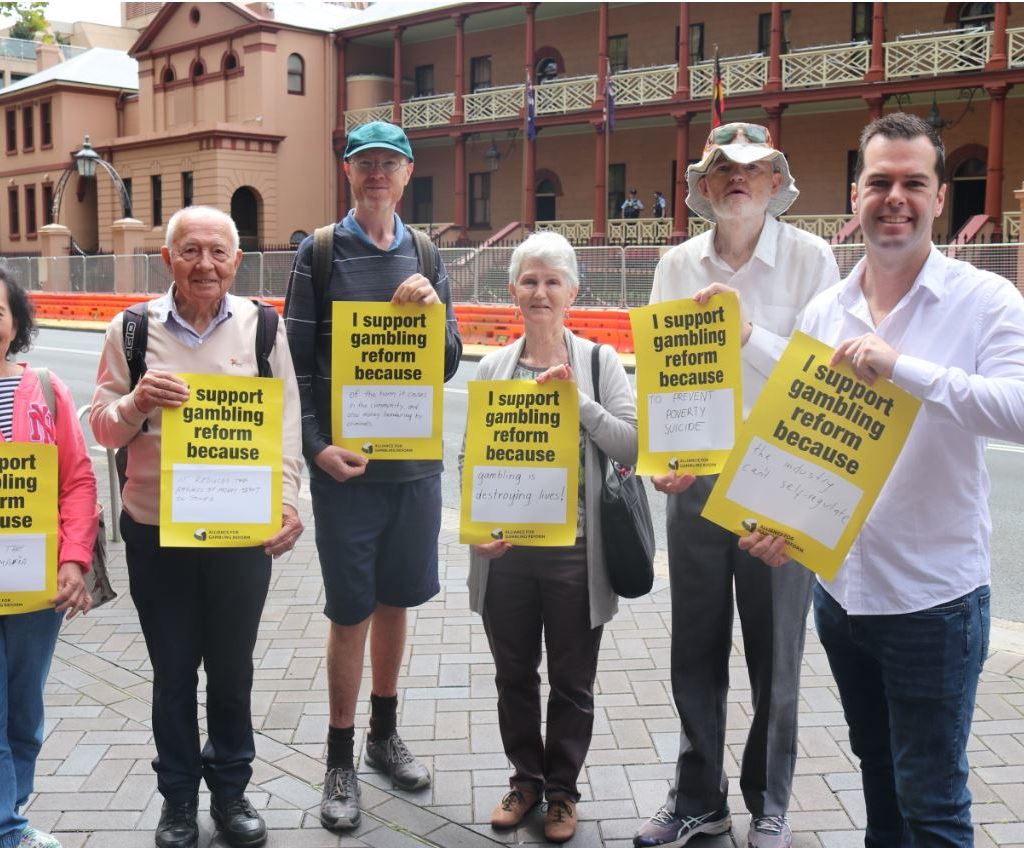 On Monday, a crowd of thousands marched to NSW Parliament House for the March 4 Justice rally, but on Tuesday a much smaller group of just half a dozen advocates took their passionate fight – this time for gambling reform – to the same public landmark.

It was part of a day of action run by the Alliance for Gambling Reform who partnered with the Uniting Church NSW.ACT Synod in 2020 to launch a special campaign to reduce gambling harm.

The campaign urges congregations and members of the public to meet with their MPs to discuss gambling reform and to advocate for change.

The group then entered NSW Parliament House to meet with Labor MP for Gosford Liesl Tesch AM who spoke about the challenges around achieving gambling reform and listened to advocates share what inspired them to take action.

In NSW, over $18.7 million is lost on poker machines each day. The state is home to 30 per cent of the world’s pub and club poker machines, but reform has been slow.

Australia has the greatest per capita gambling losses in the world, with around $24 billion is lost each year – $12.5 billion attributed to poker machines.

Last year, the Moderator, Rev. Simon Hansford, said the Church has always had a real concern about gambling, describing it as “an ongoing crisis for our community”.

“We know that seeking systemic change to reduce the power and social license of the gambling industry is critical,” the Moderator said.