Frank Herbert’s Dune Finally Gets the Screen Adaptation It Deserves 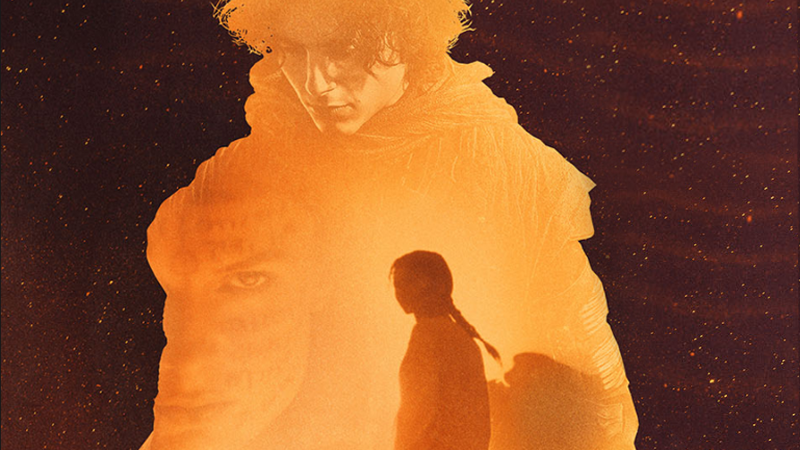 Dune is perhaps one of the most iconic and definitive science fiction novels of all time. As a young twelve-year-old I remember being defeated by the novel after roughly 100 pages and having to put it down out of sheer exhaustion. It wasn’t until I was probably about fifteen that I was able to read it all the way from cover to cover, wearing away at that poor paperback’s spine as it struggled to contain all 600 pages on buses, trains and at the bottom of my backpack.

Also being a David Lynch fan from a young age (Eraserhead was like a cattle-prod to my young brain), I was peripherally aware of his notoriously botched and meddled-with film adaptation of Dune from 1984. I was honestly more interested in the stories behind that film’s troubled production than I was the film itself, given how unanimously it is considered to be one of the biggest failures in science fiction cinema of the twentieth century. Between Lynch’s 1984 failure and Alejandro Jodorowsky’s attempt at a 14-hour adaptation featuring Salvador Dali (yes, you read that correctly), Dune was as much a reminder to me of the practical side of filmmaking (that films weren’t just handed down to us from the gods) as it was a seminal sci-fi work.

That is all to say that by the time Denis Villeneuve was announced to be at the helm of a new adaptation of Dune, not only was I much more familiar with the source material, but I was also very aware of both the desperate need for a definitive screen adaptation of Dune and the now almost legendary status of the source material as being “unfilmable”.

The first major thing to note about the film as a whole that serves as both a big selling point and a structural quirk that will likely divide audiences is the fact that it is Part One. The film’s ending pretty neatly bisects the novel, which in this case leaves the film feeling like two and a half hours of set up, arranging the pins for Part Two to confidently roll through and scatter. Because let’s get this out of the way upfront – Dune is fantastic. This really shouldn’t come as a surprise to anyone who has been paying attention to Denis Villeneuve’s filmmaking career so far, given how strong both Arrival and Blade Runner 2049 are in their own right, but this is science fiction done by someone who deeply understands and honours both the source material and the history of serious, ideas-driven science fiction cinema.

Something the film does exceedingly well – especially when compared to Lynch’s attempt – is detailed worldbuilding that allows the viewer to take on detailed information without dumping it all on their heads unceremoniously through contrived voice-over. It gradually reveals detail through Paul Atreides (portrayed with subtlety and nuance by Timothée Chalamet) as he encounters the harsh beauty and brutality of the sand planet, Arrakis. As a reader I was able to really appreciate the seeds being laid even this early on for further worldbuilding and narrative details to come in future instalments. The film tackles some of the weirder sci-fi elements in a way that directly contrasts that of the Lycnh film, which relished in all of it’s Sting-wearing-budgies-with-wings glory. Instead, Villeneuve presents the world of Dune in the same way he did so in something like 2013’s Prisoners – without embellishment or highlight, and with a stone-faced commitment to grounded realism and to taking this story seriously. This lead to some scenes that some may find borderline comical in its flat portrayal of some seriously weird stuff, but for me it rode that line perfectly and gave the film a real sense of realism and gravity.

Much like in Blade Runner 2049, Villeneuve manages to capture with his lens a breathtaking sense of scale that demands to be seen on the largest screen possible. After the legendary Roger Deakins finally got his Oscar for his work with Villeneuve on BR49, Greig Fraser more than rises to the occasion here behind the camera. A great strength of the film is how it achieves this sense of scale through pushing practical sets and locations as far as they can go before bringing in digital artists to broaden the strokes of the film’s physical canvas, lending a real sense of these places being lived in and inhabited by the characters.

The narrative of Dune needs no further appraisal at this point – it is a masterpiece of science fiction storytelling and worldbuilding, and this adaptation finally does that narrative justice on the big screen (even though that meant cutting it in half). As alluded to already though, this does leave the film feeling somewhat incomplete and abrupt in its conclusion. The screenwriting team actually do a great job of taking this first half and emphasising Paul’s arc to generate a sense of conclusion, but as a reader (and as I’m sure non-readers alike will sense too) I know that there are huge narrative leaps to be made in the near future. In most cases I try to appraise any film based purely on the film itself, but it is hard to ignore the fact that this first instalment will likely only be able to be fully appreciated when viewed alongside its recently greenlit continuation.

This feels like a really positive moment in blockbuster cinema. With no ill-feeling towards the Marvel Cinematic Universe and other films of a similar ilk, it is exciting to see a more adult, ideas-driven blockbuster like this do well at the box office. The fact that it is another belter slice of science fiction cinema from a director who is fast becoming one of the most important filmmakers working today shouldn’t just be taken for granted – Dune is not only one of the best films of 2021, but finally the screen adaptation that the novel deserves.

Now we wait with baited breath for 2023.

Jonty Cornford works at Uniting Heart and Soul, Woollahra and blogs about films at https://bluerosefilmreview.blogspot.com/