Faith leaders call for Adani to invest in solar

Over fifty Australian Christian Ministers, Rabbis, Imams, Buddhists and Religious Sisters, in a joint letter have called on Mr Gautam Adani to abandon his proposed coal mine in North Queensland and instead invest in renewable energy.

Faith leaders handed the letter to an Adani representative outside the Adani headquarters in Townsville on Wednesday 18th April.

In the letter, the faith leaders expressed their concern of the adverse impact the coal mine would have on the global climate and the Great Barrier Reef. Faith leaders also reiterated that they stand united and oppose all new coal mines and development in the Galilee Basin.

“We are at a crossroads. One way lies destruction; the other way, sanity. We need to turn immediately in the direction of a stable and compassionate future based on ambitious investment in renewable energy.”

“Our love and concern for the wellbeing of people, other forms of life and our planet leaves us convinced that building this mine would be a giant leap in a very dangerous direction.”

Uniting Church Minister, Rev. Alex Sangster, was among a number of Uniting Church ministers who signed the letter and explained that we need to protect the environment now for future generations.

“The Great Barrier Reef is one of the wonders of the world. I want my daughters to be able to see it.

“We need to act together now to protect creation,” said Rev. Sangster.

Faith Leaders also highlighted in the letter, that Adani’s economist had stated under oath at the Queensland Land Court that the mine would only generate 1,464 jobs. This is far less than the 10,000 jobs Mr Adani claimed would be created.

Rabbi Jonathan Keren-Black said that Mr. Adani can “do so much good” if the company chooses to invest in renewables.

“The figures are very clear. Investment in renewables could provide all sorts of jobs, from fabrication to installation, operation and maintenance jobs as well as research, education and training,” said Rabbi Keren-Black.

The letter was organised by the multi-faith Australian Religious Response to Climate Change (ARRCC).

PrevPreviousHuman Beings Are Not Property: Lament Service Prompts Federal Promise
NextReligion and Royalty: A Match Made in Heaven?Next 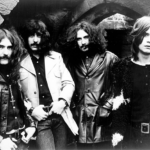