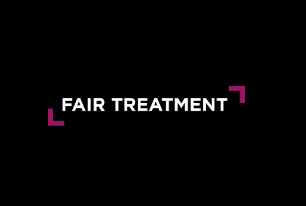 In 2016 the NSW and ACT Synod endorsed a bold campaign, now called Fair Treatment– to advocate for more compassionate and effective drug laws and policies.

As the NSW Government considers its response to last year’s “Ice” Inquiry, our campaign is raising the issue in some key NSW communities – including Willoughby, the electorate of Premier Gladys Berejiklian, with an online event on Tuesday, 17 August.

This Zoom event is hosted by Willoughby and Northbridge Uniting Church and will feature local and Fair Treatment campaign speakers from the Uniting Advocacy team. It will include local experience told from the heart, an outline of the key evidence on community attitudes – including in NSW – and next steps in the campaign.

The event is open to all concerned about this issue – not just in Willoughby.

Currently almost 2,000 people die in Australia each year from preventable drug overdoses – and hundreds of thousands of people are unable to access appropriate treatment when they need it. Preventable harm happens every day – compounded by the constraints of COVID-19.  So the campaign’s asks are more urgent than ever.

While more than thirty countries have moved towards reforms including decriminalising personal drug use and investing more in treatment and harm reduction, Australian states and territories lag far behind. Our church and almost seventy organisational partners are seeking an urgent acceleration in policy towards decriminalising personal drug use and getting more resources into treatment and harm reduction.

With the NSW Government about to announce at any moment its belated response to the “Ice” Inquiry, it’s vital that we let them know what their communities think.

FAIR TREATMENT OF PERSONAL DRUG USE takes place via Zoom on Tuesday, 17 August from 7 to 8pm. Register here.