The Exodus Foundation celebrated twenty five years supporting the Australian community at a 25th Anniversary Spring Gala Dinner in Sydney. During the night funds were raised to support frontline services.

Sydney Lord Mayor Clover Moore congratulated the Exodus Foundation and promised to do more in the city of Sydney for the homeless. “Homelessness is a blight on any city. Worse, it is a blight on the lives of people – often our most vulnerable. A thriving and humane city must be inclusive. When we talk of “our community” it has to mean all of us, including the homeless and the disadvantaged.”

CEO and founder Rev. Bill Crews on the night kept the State Government funding coffers open a while longer. Premier Mike Baird pledged ongoing support for frontline services for the poorest of the poor. ‘I don’t know what anyone was thinking, how could we not continue to support such a worthwhile charity?’ he said.

Interviewed later in the evening by media host Andre O’Keefe about how it all began, Rev Crews was clearly thinking about the next 25 years of feeding the poor.  What started out in 1989 as a regular Monday night roast dinner for abandoned youth in Ashfield has today expanded to a program serving more than 1000 free and fresh meals per day for disadvantaged Australians.  At the current rate of dishing out meals, that’s at least another 9.1 million meals over the next 25 years.

Media king John Singleton sent blessings by video and recounted how a lucky win at the races had helped kick off the famous Ashfield Loaves and Fishes restaurant in 1989. The Dalai Lama visited the restaurant last year and with Rev Crews served meals to the homeless. Rev Crews in his speech about the highlights over the years described the Dalai Lama as being “homeless for more than 50 years and someone he has drawn great strength and inspiration from.”

Joined by staff Rev Crews thanked the numerous supporters, sponsors and dedicated volunteers who over 25 years have helped the most vulnerable in the community.

Rev. Andrew Williams and some of the Uniting Resources Marketing and Communications team 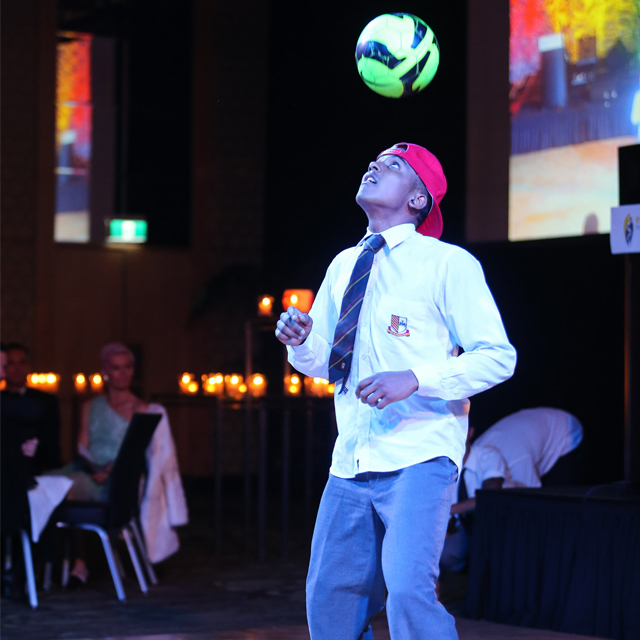 PrevPreviousThe Fault in Our Stars
NextGod through the lensNext