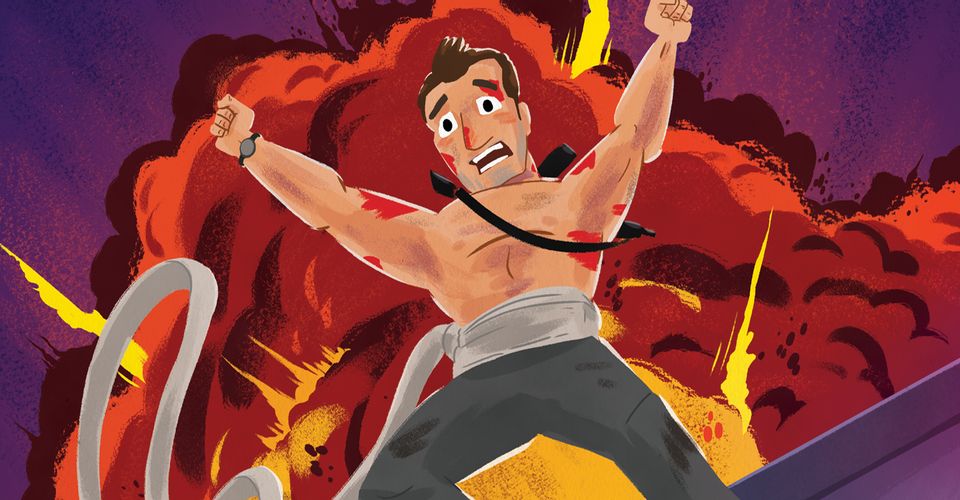 There has been an annual debate in our household about whether Die Hard is in fact a Christmas film. It has all the right elements. It is set at Christmas time and has a Christmas soundtrack for starters.

This in turn sparks the debate about what in fact constitutes a Christmas film – and rest assured around this time of year we have a keen eye.

If you do get into a discussion over Christmas about whether Die Hard is a Christmas movie here are a few talking points:

· Die Hard is a heartfelt movie about coming home for the holidays… just, with explosions.

· Bruce Willis’ John McClane is the kind of family man we love … especially at Christmas.

To settle the debate about whether or not Die Hard is a Christmas film, there is now proof however with A Die Hard Christmas – The Illustrated Holiday Classic*.

A Die Hard Christmas is based on A Night Before Christmas, it tells the somewhat adult tale of John McClane and his mission to reunite with his estranged family. When his wife’s office holiday party turns into a deadly hostage situation, he has to save her life before he can get home in time for Christmas!

While perhaps not entirely a classic, with prose like “the explosives were wired to the rooftop with care, in hopes that the hostages soon would be there.” How could you resist…

The book and the film are family favourites.

*There is now a Die Hard Christmas Book Gift Set – which has a plush figure of John McClane’s glorious jump from Nakatomi Plaza as it explodes behind him – the perfect Christmas gift!