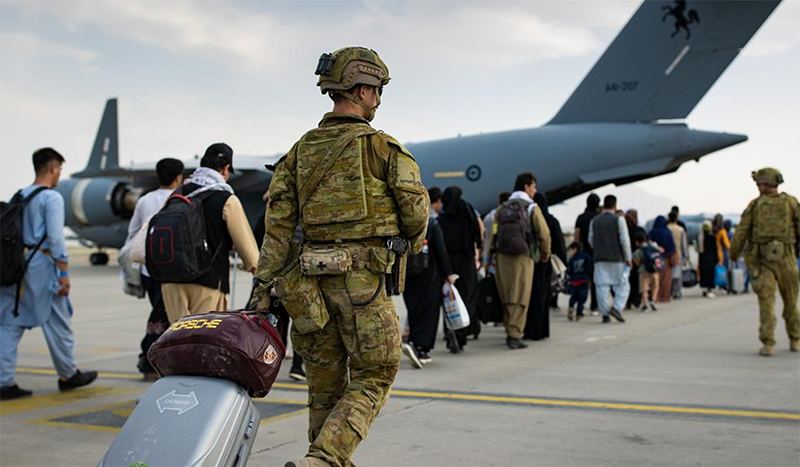 In the wake of the announcement that the United States and its allies will withdraw their armed forces from Afghanistan by 1 September, the Taliban have taken swift and violent control of the landlocked nation. Already comprising “the second largest refugee population in the world,” Afghanistan is now seeing record numbers fleeing the country in any way they can.

According to a Northern Settlement Services (NSS) media release, “Former Afghan interpreters living in Newcastle describe how the Taliban are going door to door in Kabul taking cars and possessions from families. A mother beaten and left unconscious. A father missing. A family killed in their home.”

This dire situation has led to calls that the Australian government respond urgently and take in Afghan refugees fleeing the violence. Led by the United Nations High Commissioner for Refugees, this call has been amplified by the voices of organisations from within Australia, including the Settlement Council of Australia, the Refugee Council of Australia, and the Asylum Seeker Resource Centre.

Debbie Carstens, Convenor of the Uniting Church’s Hunter Presbytery Social Justice Committee and NSS Manager – Settlement and Communities, said in the media release, “We are urging the Australian government to bring Afghans who are at grave risk to Australia, especially those with family connections here and those who supported Australian forces in Afghanistan including their extended families. We urge the Minister for Immigration to use his discretionary powers to issue emergency visas.”

Churches from across Australia’s different denominations have added their voices to mounting pressure on the federal government to act, coming together in an open letter that now has more than 2,000 signatories.

“The church is one body with many parts,” the website states. “Christians United for Afghanistan reflects this – we are a coalition of Australian Christians, churches, denominations, and organisations from all states, sectors, and perspectives – facilitated by Micah Australia.”

In a political environment where many of our federal representatives claim some affiliation to Christian churches, most notably our Prime Minister, the unity of so many different faith bodies is a powerful and persuasive force.

Christians United for Afghanistan is demanding that the Australian government commit to taking in 20,000 refugees from Afghanistan, following the lead of Canada and the United Kingdom; move Afghan refugees already in Australia on temporary protection visas, or whose claims are still being processed, to permanent protection visas; reunite refugees settled in Australia with their families escaping Afghanistan; and “provide additional emergency and long-term support” to organisations on the ground.

President of the Uniting Church National Assembly, Rev. Sharon Hollis, said of the open letter, “As followers of Jesus, we believe each person is precious and loved by God. Right now, the scale of this crisis requires us to work together to provide protection and refuge to those who are in danger.”

Sureka Goringe, National Director of UnitingWorld, echoed this call that Australian Christians live out our faith through practical action: “How we respond in the face of another’s need, defines us. To speak of justice, of humanity, of faith, means nothing if we don’t use our power to aid, welcome, and love our Afghan brothers and sisters in this moment of crisis.”

Christians United for Afghanistan’s petition follows a joint letter organised by the Refugee Council of Australia and signed by more than 300 organisations, businesses, and community groups – including several bodies of the Uniting Church. This letter was delivered to Members of Parliament and Senators on 18 August, urging the government to “Do everything possible in coming days to evacuate people who are at grave risk within Afghanistan.”

Insights encourages our readers to take action in support of people fleeing Afghanistan by signing the Christians United for Afghanistan petition, calling the Prime Minister’s office, or donating to the vital work of the United Nations High Commissioner for Refugees as they provide practical assistance to evacuees.

In the words of Common Grace CEO and Aboriginal Christian leader Brooke Prentis, “Our Christian call to love our neighbours takes more than words – it takes action to love someone. These lands now called Australia must be known as a place of compassion and welcome for those who need safety.”