Home
Reviews
Listen Up
Carols in the Sun

Carols in the Sun 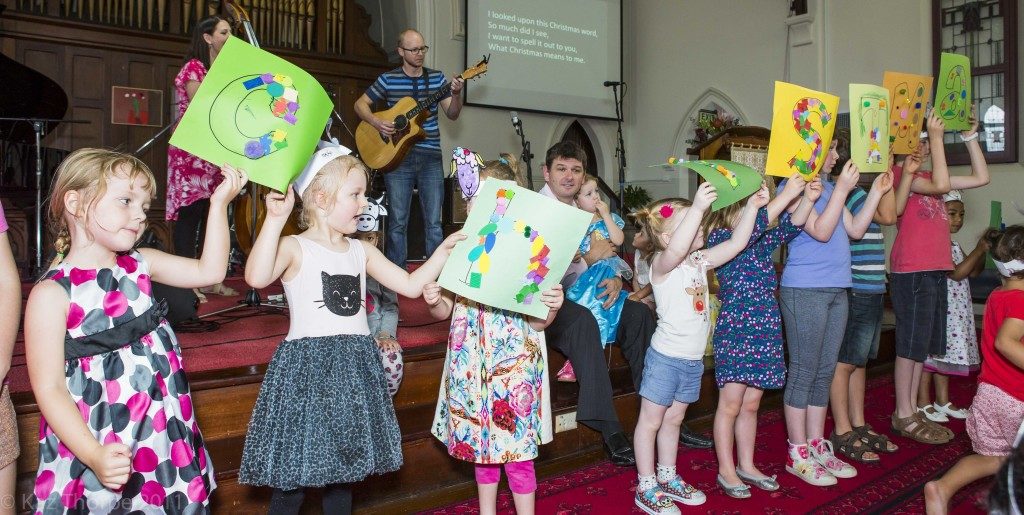 Carols In The Sun is an exciting, new album and songbook, written and composed by two members of Adamstown Uniting Church, Alison Davies and Heather Price.

After a particularly hectic Christmas filled with many material distractions, the pair noted how far from The Christmas Story their experiences of Christmas were. They set about composing a set of songs that could encompass the underlying themes of The Christmas Story, such as love, hope, family, struggle and hardship, while also trying to show how relevant these themes still are today in Australian society. They also endeavored to create songs that could show their children that Christmas songs didn’t need to be all about snow and sleighs, but also sun and the beach!

“It just felt right to be singing about Jesus as a refugee considering our current times, and to be using songs to remember that we have much to give others that can’t be bought with money”.

They created an album and accompanying songbook called “Carols In The Sun”. Having been involved in leading many church services and music teams, the pair knew how important it is to have well-notated music included in the songbook. They also added craft activities to each song to help bring out the meaning of each song, when used within a Sunday School, Messy Church, or general Christmas program. The album also includes backing tracks.

“Even when we went to buy Christmas craft to do with our children, it was all centered around Santa, which again gives that message that Christmas is all about presents and money. We decided that some additional craft activities, could really help to not just remind the kids, but also us parents, that being together is what matters.”

Carols In The Sun was launched on Sunday, November 1st at Adamstown Uniting Church in Newcastle to a full house of excited adults and children. Children happily participated in craft activities and face painting while all songs were performed by Heather Price and her wonderful group of musicians.

“There has been SUCH a buzz since the launch of the book, with so many people telling us that this has been needed for so long. It’s really very exciting”.

Carols In The Sun is available online from Heather’s website www.heatherprice.com.au and through “Songs That Unite”.

PrevPreviousIs it wrong to laugh?
NextSelf/LessNext