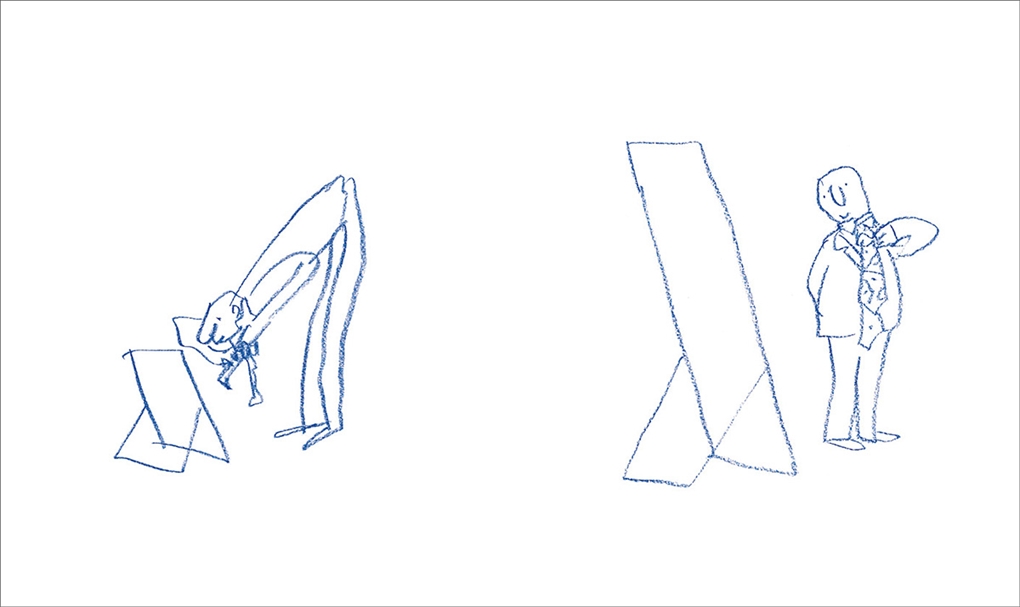 When we’ve had too much of calamitous news, we might turn to Quentin Blake for some light relief. His latest book is a collection of lockdown drawings, some even done in bed, which show the irresistible urge to draw – a tendency as persistent in human history as war or plague.

Blake’s style is charmingly scratchy, but, unlike his commercial drawings, if we can call them that, which are usually executed in pen and watercolour, many of the drawings here are even more hastily done, and he experiments with media simply for the fun of it – biros, charcoal – whatever is at hand. Some of them may be termed mere doodles, but the upside of this is that many are exclusive to this book, unlike the drawings for Roald Dahl, for example, which are reproduced copiously across the internet. (And the publisher’s use of matt paper in the book contributes to the informal feel of flipping through an artist sketchbook.)

Blake delights in simple things – scarves, glasses, facial expressions – which he repeatedly renders, enjoying the permutations. He is people oriented – the only drawings here without people in them are of animals. There are bodies in all shapes and ages, variations on poses, expressions, actions. He can draw a pretty female figure, but delights as much in paunches, baldness, messy hair and wrinkles.

There are sets of drawings with simple, whimsical themes – ‘moments of doubt’, men with glasses and beards, men drinking, women’s hairstyles, people looking in mirrors. There are familiar themes – people reading and writing, birds, odd flying machines, imaginary animals. There is a series of watercolours entitled ‘Sunshine travellers’, a direct response to the gloominess of plague and lockdowns.

His skill lies in being able to put mood and energy into the crudest drawings of just a few broken lines, depicting the tilt of shoulders, the cock of head, the nature of gait. He has spent a lot of time looking and understands the way the body moves and sits. There is never a false step. His use of watercolour also subtly shows his skill – in a series of monochromatic watercolours, that could be illustrations from a book but probably aren’t, he puts a watercolour wash in the sky but leaves a band of white above the horizon to give the illusion of distance.

This series of watercolours is superficially melancholy. Blake doesn’t shy away from the darker side of life, but somehow lightens it in is faithful rendering of it. Part of the reason he is warmly embraced, I think, is that he does more than draw funny cartoons. He can take the highs and lows, and both the commonplace and the fantastical, and imbue them with a sense of childlike surprise.