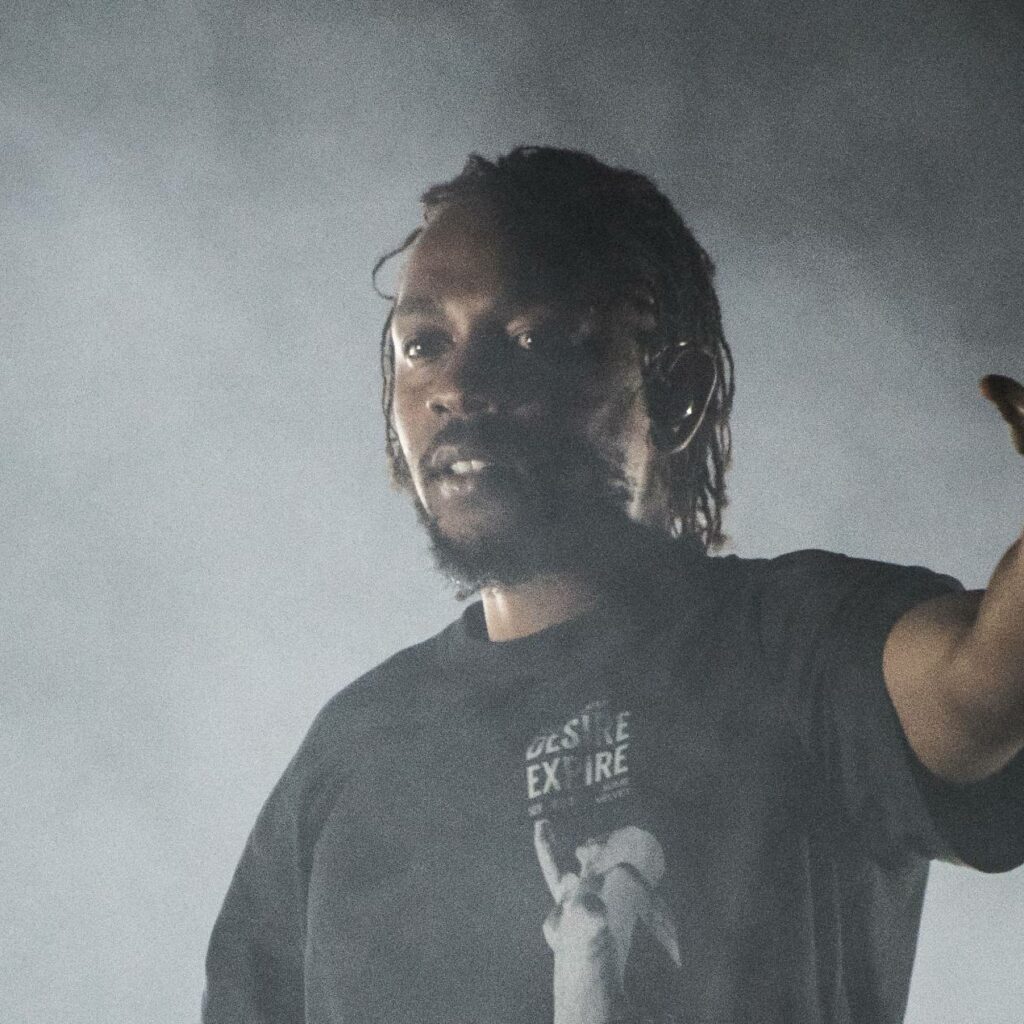 Pulitzer Kenny is back and he’s got something to say.

With his signature rapid fire rap style, Kendrick Lamar runs through toxic relationships, racism, homophobia, sexual assault, being a dad, being a son, and being a husband.

He bottles generational trauma in an album and then tries to dismantle it – even heal it.

“I’ve been going through something… be afraid,” raps Kendrick on the first track ‘United in Grief’.

From the album cover which features him wearing a crown of thorns with his two children and fiancée – the track list theme is family and how we all may be walking contradictions.

In ‘Father Time’ he shares how his father shaped his expectations of what defines a man. How constricting it felt when this definition meant saying no to therapy, emotions and tears but then on the flip side it gave him the drive and competitiveness to be where he is today.

In ‘Aunty Diaries’ Kendrick tells the story of how his “aunty is a man now” and what it was like being confronted by homophobia in school and their local church especially when Kendrick’s cousin also came out. Kendrick’s references to religion have been scattered throughout many of his previous albums. In ‘Aunty Diaries’, and the album as a whole, we get glimpses of how his experiences and that of his family constantly has him reassessing his faith and life.

The most confronting song that I hope to never hear again comes in the form of ‘We Cry Together.’ The song is prefaced by Kendrick saying, “this is how the world sounds” before we bear the onslaught of shouting voices from a couple in a toxic relationship. Only to have the next track ‘Purple hearts’ plead for the listener to keep quite when love is talking.

The beats on ‘Mr Morale’ and ‘Die Hard’ offer a reprieve and yet the lyrics still capture the insecurities of the songwriter. The need to know you’re not alone and the need to transform from past transgressions are served the listener on a platter.

The first half of the album is build-up of dealing with relationships, fame and ego and Kendrick finally lets his ego die in ‘Mother|Sober’. Here Kendrick, opens up to that emotion and retracers the deep hurt of his mother’s experience of sexual abuse and guilt. This song also points to a moment of hope having finally unpacked the trauma there is an opportunity to not only heal but let his children grow up with less burden from the past.

Expectations for this album were high particularly after his single ‘The Heart Part 5’ which dropped a few days before the album. The song featured a music video using deep fake technology where Kendrick morphed into some prominent and controversial African American male celebrities as he rapped (the uneasiness of making deep fakes mainstream is a topic for another conversation). The single was reminder of Kendrick’s innovation and leader in the rap game.

So, did Kendrick meet fans expectations?

Well, he is an artist who tends to exceed and this album is no exception, even if it is an overwhelming listen that feels like running a marathon.

And after listening the one question I am left with is: What are we all chasing in life, really, if not connection?

Mr Morale & the Big Steppers is out now and contains explicit themes.