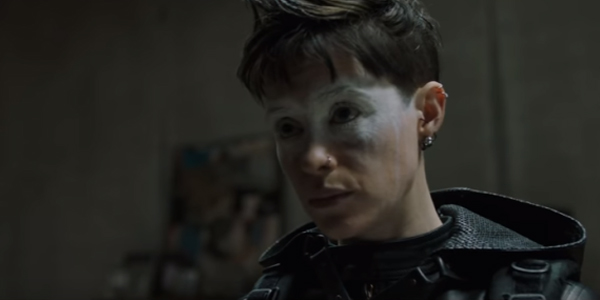 Review: The Girl in the Spider’s Web

After a false start with David Fincher’s adaptation of The Girl with the Dragon Tattoo, the newest take on Steig Larrson’s Millennium series is a soft reboot that pushes the series in a new direction.

The Girl in the Spider’s Web marks a shift in the series’ scope. Far from the Millennium trilogy’s focus on Swedish politics and abusers who get their comeuppance, this film’s story spans the globe, with international ramifications. Lisbeth Salander finds herself at the heart of an international conspiracy when she’s called upon to help a hacker who has found some important defence secrets. Lisbeth is confronted, however, by a figure from her past who blames her for her own tortured existence.

The new direction of the series jettisons the previous cast of Rooney Mara and Daniel Craig. Claire Foy’s transformation from Queen Elizabeth to Lisbeth Salander is remarkable. As difficult as it is for anyone to overshadow Noomi Rapace, the original actress to play Salander in a film, Foy’s portrayal is the film’s highlight. Sverrir Gudnason replaces Daniel Craig as Mikael Blomkvist. Blade Runner 2049’s Sylvia Hoeks plays the film’s terrifying villain (to give more details here about her role is to spoil part of the plot).

The inclusion of Stephen Merchant (The Office, Extras, and Hello Ladies) marks the film’s sole casting that sticks out for the wrong reason. While Merchant is serviceable is his role as a hacker trying to protect his secrets, his prior comedic work ensures he is something of a distraction, especially since his role is itself quite straight-laced. Nonetheless, this is not a big problem.

The Girl In The Spider’s Web essentially positions Lisbeth Salander as a dark superhero, albeit one with a few scars. Over the course of the film she’s beaten, shot at, and narrowly survives an explosion. The film brings in some exciting and memorable action sequences but, as is a Millennium series tradition, some scenes contain depictions of torture and are difficult to watch.

It could be said then, that the film’s story suffers from an uneven tone, locating it somewhere between the dark broodiness of the original trilogy and the international spy thrills of the Bond series. Foy’s performance, however, contributes a new trajectory for the series to continue from here.

The Girl in the Spider’s Web is now playing in cinemas.