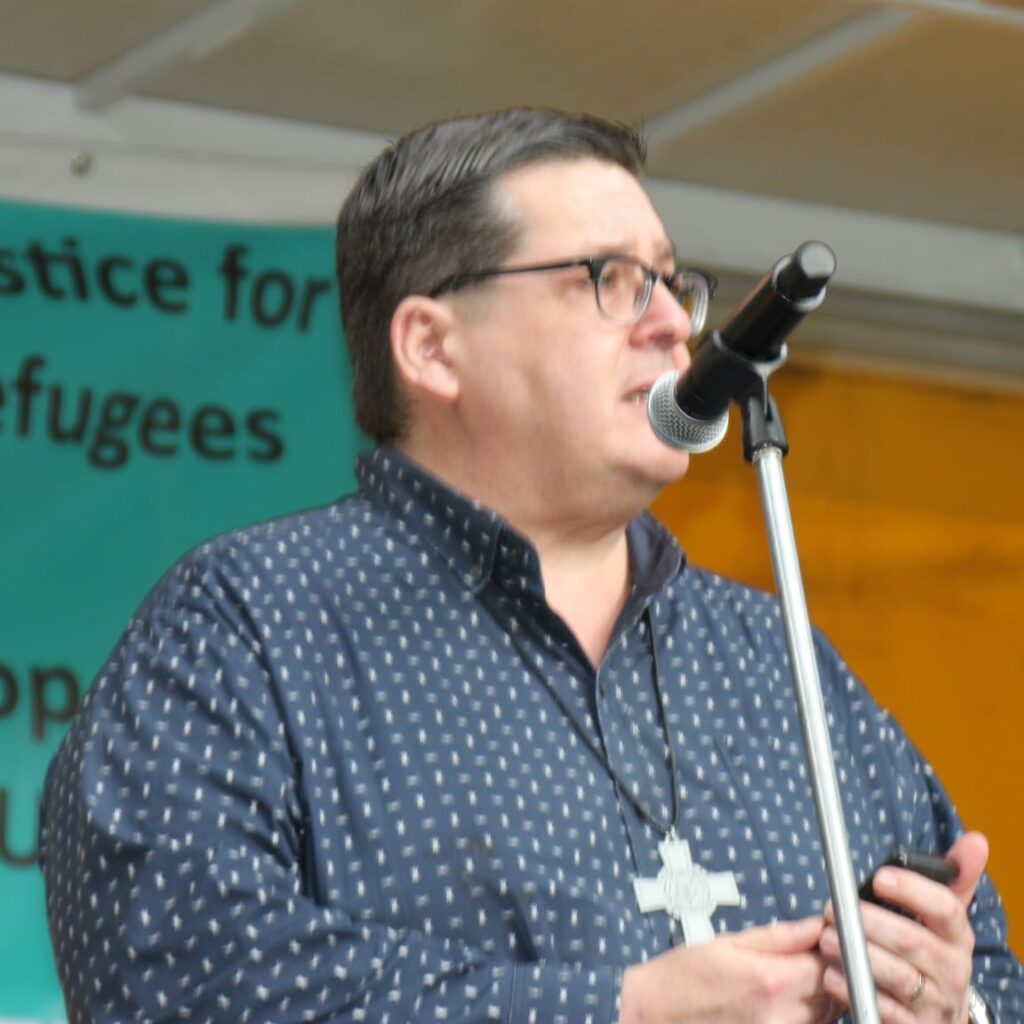 Ongoing war in Ukraine and the plight of refugees were the twin themes of the 2022 Palm Sunday Peace Rallies on Sunday, 10 April.

The rallies featured a large variety of speakers from a wide range of organisations, including church groups, unions, and advocacy groups.

In Sydney, the local rally took place at Belmore Park, near Central Station.

Pastor Richard Schwedes, an Assistant Bishop in the Lutheran Church and representing the NSW Ecumenical Council, drew attention to the day’s place within Christian tradition, calling for humility, respect, and peace.

“It is deeply rooted in the Christian church because it highlights why Jesus came to Earth,” Pastor Schwedes said.

“Constantly through the New Testament…It highlights that Jesus is about bringing peace on Earth.”

“He doesn’t come [to Jerusalem] on a stallion, he comes on a donkey, a humble donkey, which is a sign of peace.”

Refugee issues have been a common theme at the rallies since the 2010s.

In a statement released before the 2017 rally, then-Uniting Church president Stuart McMillan called for members to attend their local rally.

“The Uniting Church in Australia has since its inception spoken out about justice and the rights of refugees and people seeking asylum,” he said. “Palm Sunday is time to walk that talk.”

“It is a time when Christians can march alongside people of all faiths and no faith with the common purpose of compassion for others and passion for justice.”

The rallies took place in capital cities across Australia.

The Palm Sunday Peace Rally has a long history in Australia, dating back to the Vietnam moratorium marches and the anti-nuclear movement.

For more information on the Palm Sunday Peace March, visit the official Facebook page here, which includes some of the speeches from the day.